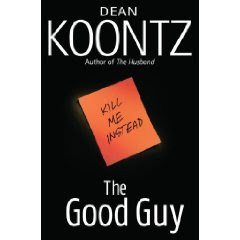 I have decided (when I remember) to write book reviews about the novels I have just finished reading. I've been meaning to do this for a while since I love to read good books, and hate to read stupid books so I will share good and bad books alike so as to hopefully guide you towards or away from certain titles/authors.

My first book review is here - See Naples and Die. I did not have many words of praise for Penelope Green, but recently Michelle read the book and enjoyed it. So these reviews are really just my thoughts, and it does take a really good book to please me.

I was hoping to start my second book review on a higher note. Sadly my second book review must be about one of the most ridiculous books I have ever read, Penelope Green by comparison is the best writer in the entire world. Normally I would not waste my time writing about this particular book, but it was really so very stupid that I hope no one will read it.

Let me start by saying that I did not pay for this book (thank god.) A lot of the English language books I read are found in my hotels that either do book exchange or are left behind by customers. In this instance someone left behind a Dean Koontz book and I know why they decided to leave it in Rome rather then take it back home with them.

The Good Guy is the title of this book written by 'The Number 1 New York Times Bestselling Author.' The first 5 pages are dedicated to journalists raving about the book...but to be honest they surely cannot have read this...or maybe they cannot read full stop...or most probably they were paid to write a positive review.

The story is about an all round good guy (who is described every second as having a big head in the literal sense) called Tim Carrier. He likes to keep to himself, is an honest, forthright kind of guy. One day whilst he is at his local pub a man comes in mistaking him for a hit man (as you do.) Rather then admit that he is not in fact a hit man, Tim decides to play along and when he comes face to face with the hit man a moment later, tries to get him to change his mind about killing some woman (again, as you do...I come into contact with hit men everyday - don't we all.)

Knowing nothing about this woman who has a large price on her head, Tim decides to track her down and save her life. Somehow they manage to escape time and time again from one of the best hit men in the world. He kills just about everyone else that crosses his path, but these two novices seem to always get away... The book is full of ridiculous dialogue which is just so fake it made me cringe, the story is so far fetched that it goes from bad to worse. As the story unfolds we realise there is some government conspiracy protecting this killer...We also find out that Tim is not your average good guy, but is a war hero. I will spoil the end of the book by telling you that it ends with this war hero killing the best hit man in the world and uncovering a government conspiracy all at the same time (single handidly of course.) The last chapter is of Tim sharing a beer with the President of the United States of America.... Yes...at least the last chapter could have salvaged the book, they could have gone back to their normal lives but no. Dean Koontz had to take it one more ridiculous step further by having Tim meet and share 2 beers with the President of America.

Please, I beg you, no one read this book unless - like me you find it and are so desperate to read something in English then it is the last resort you have.
Posted by Leanne was in Italy now in Australia at Tuesday, October 14, 2008

Thanks for the warning! :P I'll avoid this book when I'm looking for my next read. Hope your next book is better! :)

Hi Lulu,
Yes - avoid it! Please, please do not put yourself through the pain.

Hi Leanne, just read your review of See Naples and Die. I completely agree with your review. I was excited when it came out because I really enjoyed When in Rome. It felt like she was trying to be a serious author but it was just boring. She just went on about all that was wrong with Naples but then concluded that she loved the place without giving any reasons. Reading her book made me not want to go to Naples.

Hi Jewel,
Glad you also thought the second book was odd. Just like you wrote, it seems she wanted to be all serious, but what she ended up with was a boring book. And so true, she talks about the mafia non stop but then would never want to live anywhere else... She could explain why she enjoys living there, not just the bad aspects that she cannot go out with a hand bag.
I was in Naples in February this year and I had my hand bag with me the whole time, and I had on a bracelet, necklace, and also had my camera...she is inciting fear in too many people.