After the months of non-stop rain, bel ragazzo and I were pleased to see that we had one or two days of complete sunshine whilst living it up in Calabria. On one such day we went to visit some family friends from my dads village, Policastrello. 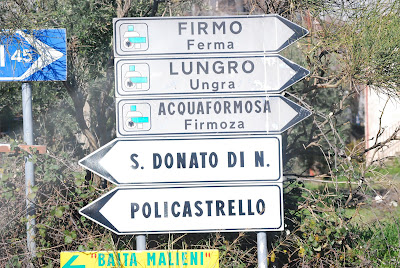 Policastrello is a small village in the north of Calabria, about a 15 minute drive along the winding roads from Altomonte. From Malito it is about a 45 minute drive. Policastrello is like most outer Calabrese villages...many years ago had its own comune and was inhabited by about 1000 people. Nowadays Policastrello has been made into a frazione of another village since the comune has been removed along with more then half of the population. A lot more then half the population actually. There are only about 150 people living in Policastrello today. They were not technically forced to leave but with the lack of work a lot of them had little choice.

It is quite eerie walking through some of the small Calabrese towns, especially the ones hidden up in the mountains. You can feel that the towns are semi-deserted. Just take a walk along the empty streets and often you will not see a soul go by. Houses and closed, windows are boarded up, there are no pot plants or flowers on the balconies, no old wooden chair resting by the front door - normally tell tale signs that there is life in the house. It is a shame a tragedy.

Some of the towns are so hard to reach even by car that you can imagine why there was a mass exodus pre and post war. You can find some beautiful villages hidden up the most steep, windy roads you have ever driven along. These towns are far from the main cities, far from the autostrada, far from everything and this is in today's day and age. Years ago there was no autostrada connecting Calabria with the rest of Italy. Malaria had infested most of the rivers and lakes pushing the townspeople up high into the mountains for safety.

These days most people have cars and can drive, but if you live in a small village far away from the autostrada and even further away from a main city or town then as you can expect these people still need to leave their homes to find work.

After driving around Calabria, visiting many out of the way villages bel ragazzo told me that we are so lucky that Malito is only a 15 minute drive from Cosenza which is a growing university city and only 8km from the autostrada. We have friends in Malito that easily drive, or get the public bus into Consenza for work. Work is still hard to come by in Calabria but it is a lot easier to find if you live close to one of the main cities. This is one of the reasons why Malito has not lost that many inhabitants. Yes, it has lost a fair few, but no where near as many as those hard to reach Calabrese towns.

Here are photos of my dads village. 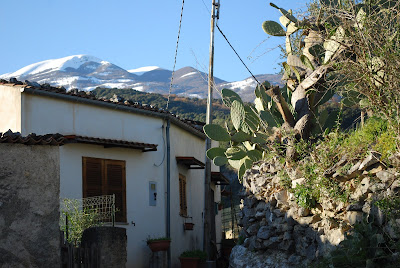 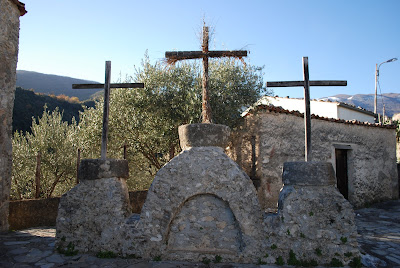 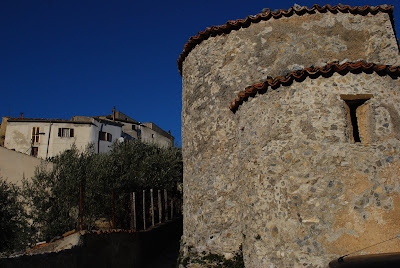 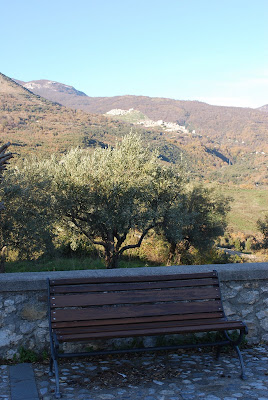 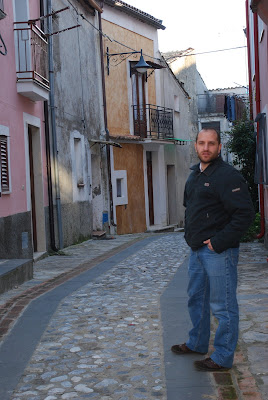 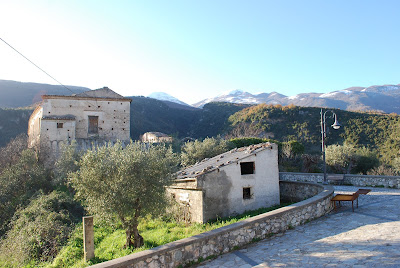 Posted by Leanne was in Italy now in Australia at Friday, January 16, 2009

Thanks for posting your beautiful pictures of your Dad's village.

Policastrello is beautiful! :) It is sad that so many of these towns have become literally ghost towns...only awakened during the summer months.

Hi Gil,
Your welcome. Glad you liked the pics!

Hi Lulu,
My dad's town is lovely...but so small. There are not young people there - just mostly old ones!

Both my parents were born in Policastrello and emigrated to England in the 60's, I still have lots of family there. Its such a lovely place and have had some of the best holidays there.
x

Just happened to fall unto this site by accident. Thanks for the intro and the pix. Policstrello is my family's origins. I was born there, emigrated to Canada with my parents when I was three years old and, unfortunately, never went back for a visit. Sixty-four years have past. I am sure you all know that with the wonderful Google maps, one can roam the village streets from your computer.
Not important to anyone, but I was born in the house opposite the Church of San Salvatore in the Piazza di Maritiri

James here...Policastrello being your father's birthplace - what was his name ? My parents surnames were Salituri and Marini.
I put up a rough iternary of Policastrello on the internet from Goodgle pictures, if interested.
http://eagl19.wix.com/salitury#!portfolio/c1han