Getting married to an Italian. Part 2

We were down at my grandparent's beach house in Rosebud. It was the 30th of December and bel fidanzato wanted to cook me a romantic dinner. This was nothing new as my bel fidanzato is a romantic guy who loves to cook...(yes, I know - lucky me!)

I was rummaging through the cupboard for some wine glasses when bel fidanzato appeared behind me. "What are you doing in the cupboard? Go outside and leave everything to me!" Again, nothing unusual as I am rather clumsy and have a habit of breaking glasses, plates, anything really. So outside I go (don't forget we were in Australia, so it was summer time when he sent me outside to wait.) 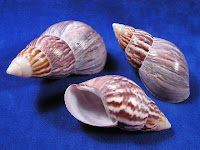 Finally I was allowed inside and the table was set with candles, flowers from the garden and our beautiful shell we had stolen from the beach the day before.(You cannot take shells or anything from Australian beaches, but this shell was the most beautiful, real shell we had ever seen, so somehow it made it's way into our bag.)
Bel fidanzato told me not to touch the the table decorations (yes, still clumsy) and we had a delightful dinner. After dinner  bel fidanzato asked me if I wanted to go and watch the sunset on the beach. We strolled to the beach and the tide was way out so far that you could walk out out out and the water remained ankle deep. I ran off, jumping around searching for more shells to smuggle and hunting for star fish. Bel fidanzato called over to me to come and have a look where he was standing. He said he had seen a shell just like ours, but was not sure where it was. I looked around in the shallow water and I cried out "look!!! Here it is." I was like a greedy child, over-excited by something so simple as I reached into the water to steal the shell.
I turned the shell over, and it was then that I saw a piece of tissue paper stuffed inside. I looked at bel fidanzato as I carefully pulled out the paper, and with teary eyes I unwrapped my engagement ring which he had hidden in our shell.
The moment passed in a blur, and later I had to ask bel fidanzato what language he had proposed in as honestly I could not remember! He had asked me in Italian, and to tell you the truth I don't know if I said yes or si! Which ever language I was speaking, the answer was the same.
Now remember back to when I was rummaging in the cupboard for a wine glass when I was sent outside. It wasn't because I was clumsy but because my ring was hidden in the wine cupboard and bel fidanzato was worried I would find it!
Remember when I was not allowed to touch the table decorations? Again - not 'cause I'm clumsy but because bel fidanzato had already hidden my ring in the shell, as he was maybe thinking of asking me over dinner!!!
So ladies and gentlemen, that is how one romantic Italian proposed to his Australian girlfriend. There will be many more installments of Getting Married to an Italian to come. We hope to marry next year but again that all depends as we have a house to renovate and....and lots of stuff to do. Posted by Leanne was in Italy now in Australia at Friday, April 16, 2010

Awww, that was a beaut read with my cappuccino this morning!

And I love his t-shirt!

My Italian husband had a t-shirt that he wore for years with this caption on it:

So Italian, so intense.

How beautiful! Congratulations... I the least romantic woman in the world, and even i found that sweet!

That was beautiful! I look forward to reading more..

That is so romantic Leanne, thanks for sharing with us.

That is such a wonderful story and memory to treasure! gave me chills... :)! Hope you're getting through this winter in the village and keeping warm ;) !!! best to you both!

My husband and I are 9 days from a month-long, dream trip, to visit his father's hometown of Castelfranco Veneto. (IF that dang volcano settles down!)

So I've been busy busy for months reading blogs and books, and learning the language!
It's nice to "meet" you and read your stories!

Congratulations to both of you!!! What a beautifully romantic way to propose. Thank you so much for sharing it with us! :-)

Wow, and all in the crystal clear waters of Rosebud. I will never look at that beach in the same way again!
Che bello...

Hi Leslie,
HA! So your italian has a t-shirt too. Mine bought this in Australia and loves it...he wore it specially when we were engaged...

Hi Kelsbels,
Glad you found it sweet...it wasn't over the top or tacky...it was the best (and only and hopefully last)proposal ever.


Hi Welshcakes Limoncello
Ciao down there in Sicily...I LOVE sicily - used to live in Taormina!

hi Carolina,
You can see my lovely ring next time you are in town ;)

Hi Nancy USA,
I so hope that you get to Italy as that volcano is pretty bad... best of luck and thanks for stopping by my blog!

Hi Laura,
You are more then welcome!

hI Scintilla @ Bell'Avventura,
Yep...good old rosebud will never be the same for me either"

I stumbled on your blog last year. I always go back to check if you write something already. It seems you parked your pen for a while. It was nice to see you writing again.