Ahh...tis been a while since my last blog. I have had to revert back to primitive blogging for now since I have some errors that will not let me blog with my usual blog settings. Don't ask what or why as I have no idea, but am happy that after playing around as an I.T tech for days and days finally I can blog. 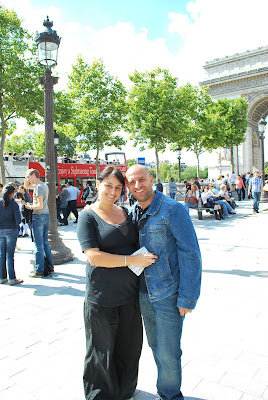 Before these technical difficulties, I had not blogged as I had been away...in Paris! My aunt was over in Europe for work. She was not coming to Italy, but spending most of her time in Paris and London. Well after living in London and just coming back from Scotland I did not want to go there, so we decided to meet her in Paris for a lovely weekend! It was our first time travelling as parents-to-be, and it was quite an experience. Bel fidanzato and I have travelled a lot - we have slept in cheap hostels, noisy pubs, budget hotels and elegant hotels but we have never travelled 'pregnant' before. I am 21 weeks and the belly is growing by the day. Up to the day we left for Paris I had been feeling quite well, to tell you the truth not even vomited once, that's cause the baby was saving it for our weekend away... 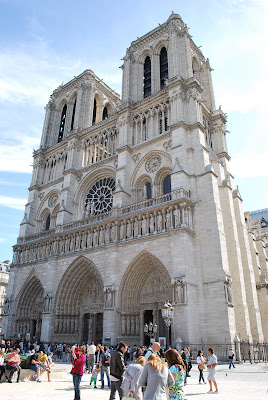 The night before leaving for Paris we had been to yet another one of our friends weddings. It was a wonderful evening but there was way, WAY too much food. We started off at about 8pm and finished dessert at about 1am. There were too many courses and they came out one after the other after the other. I am vegetarian so had a 'special' meal, but there was something that the baby just did not like. 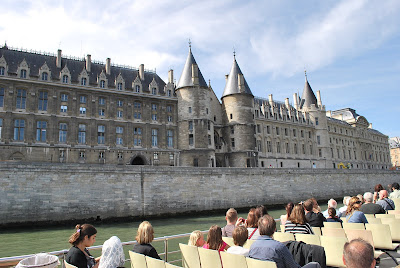 We woke up early the next day and I felt strange. Normally I would have jumped out of bed, excited that we were going to Paris, but I felt sick. I got changed, but had to sit on the bed most of the time as I was so tired, even brushing my teeth was an effort. I didn't want to worry my bel fidanzato so told him to meet me at the car. Well, I was a sorry sight when he walked down a few minutes later! Let's just say we made it, but that the poor cleaners had to be called at the Lamezia airport as the toilet was a little too far away, that the sink in the plane from Rome to Pairs got a little blocked, and I welcomed my aunt - after not seeing her for 7 months by vomiting outside of her plush 4 star hotel. 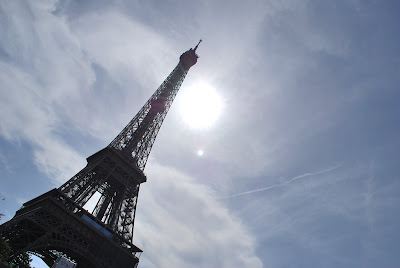 Luckily bel fidanzato and I had both been to Paris before, so there was no 'stress' to see all of the sites. Being pregnant, I cannot walk as much as before, and have to stop often for a rest as I get tired and out of breath. On our weekend away we saw Paris from a different angle - namely the river. I last visited Paris when my twin sister, her husband and I were back-packing around Europe 7 years ago. We had a budget of 35 euro a day - including food and accommodation, so we walked and walked the city until we could walk no more. We are no means rich now, but could afford to splash out on a 12 euro boat cruise!

All in all it was a good weekend - a shame I could not eat for the first 2 nights, but hey if that's the price I have to pay for having a little baby in my tummy then that's fine by me. 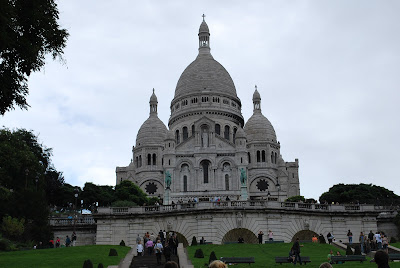 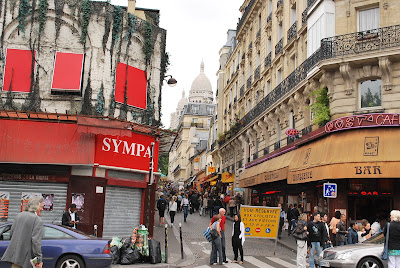 Posted by Leanne was in Italy now in Australia at Monday, September 20, 2010

Oh mamma mia what a nightmare!! Sorry you felt so ill on your trip - I totally sympathize!! Fortunately I have not (yet!) had any PDV situations (public displays of vomiting) but I came pretty close during my first trimester... I think it's baby's way of reminding you that you are no longer in charge - he/she is!!! Did you already do your morfologica? Are you finding out if it's a boy or girl??

So sorry to hear you have been feeling unwell Leanne. I think it was something you ate and not the baby as you should by now be blooming. I am sure you will be soon if not already.
Take Care.

As for sorting out your blog well done I get into a complete panic if anything goes wrong as I am hopelessly untechnical (is that even a word) anyway you get the gist.

Hi Emmina,
Thankfully my PDV has well and truly passed! We have not had a morfologia and not sure if we will....had a normal scan today and we know what the little one is. Let's just say I will need to be buying some blue things now!

Hi LindyLouMac,
I feel like the old me, so it was just something I ate, and thankfully it went out of my system pretty quick.