The other day bel ragazzo acted as my personal tour guide and took me out and about. One of the places we visited was the Santuario di San Francesco in Paola, in the region of Cosenza (so not so far from where we are.) Although being raised as a Catholic I am not so religious, saying this however I do quite like to visit religious sites.

I had never heard of this San Francesco before, but my personal (dare I say good looking) tour guide informed me that this saint, once a simple monk, had performed many miracles. One of his most well known miracles was the crossing of the strait of Messina. Well - I said to my bel ragazzo...we cross the strait of Messina all the time and we are not yet canonised! My guide explained that if we were to cross the strait without a boat, but just with our mantello (monk's robe I think he meant as he does not know this word in English) then we too could be saints.

So that was one of the most famous of all miracles. He saved sheep, healed the ill, fed the poor and the usual saintly deeds.

One thing that I thought was quite miraculous that is not noted was that they discovered an unexploded WW2 bomb in the river by the sanctuary - and also in Paolo many more unexploded bombs were discovered. I think that this town surely has some protection from above. 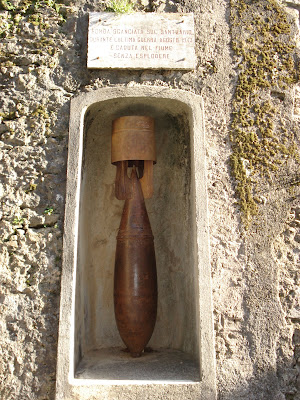 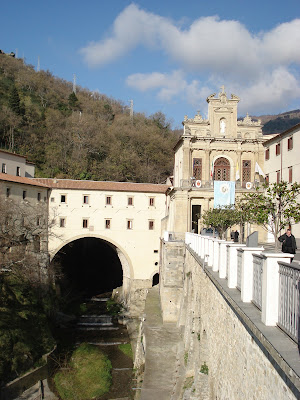 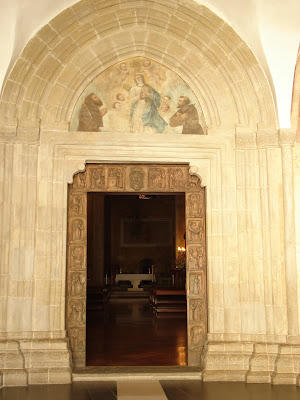 Posted by Leanne was in Italy now in Australia at Wednesday, January 30, 2008