I unfortunately learnt a new Italian phrase the other day - che sfiga. I say unfortunately as bel ragazzo said this when we found out we would not be going on our trip to Barcelona. 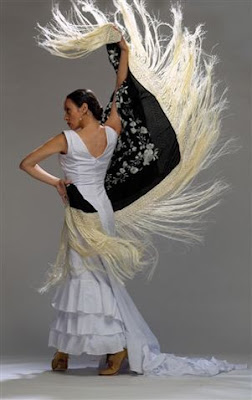 You may recall that I was gloating a while back that I paid 27 euro per person andata e ritorno with Ryan Air for Barcelona. It was a birthday treat for bel ragazzo's 30th and we couldn't wait! I had booked the tickets ages ago, we had acquired about 80 euros in spare change that we had been saving just for this trip and we had been speaking a little Spanish around the house. (Ok, bel ragazzo was speaking a bit of Spanish where as I was mealy saying vamos ala playa and ola over and over.)

Then came the phone call that dashed all our dreams and had us saying asta la vista to Spain. It was my manager and bel ragazzo's new manager saying they were coming to Rome for those exact few days.

There are 365 days in the year and they had to chose THOSE EXACT FEW DAYS.

So that is how I came to learn the phrase che sfiga which sort of means how unlucky.

We cannot change the tickets with Ryan Air either as due to my fantastic bargain it costs MORE to change them. We paid 27 euro return and to change it costs 30 euro one way! Craziness - I know...oh well at least it was only 27 euro we each lost.

I however always look on the bright side and have now found an even better bargain! It may not be Barcelona but we are going to Venice for 46 euro andata e ritorno -insieme - Not bad hey? And I may have been to Venice a few times, but then again I had already been to Barcelona too...at least this time it will be a first for bel ragazzo...and che romantico - we can keep saving all our spare change for a gondola ride as that I have never done!

Posted by Leanne was in Italy now in Australia at Sunday, June 08, 2008