Getting together with the bel ragazzo Pt 2 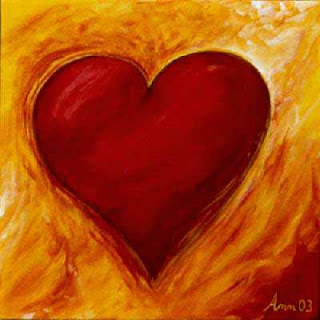 We became friends after the children incident was clarified, and reached a corner stone while drinking cocktails in Campo Dei Fiori one night. Giuseppe mentioned that he would like to visit the far away shores of Australia one day. We were on the subject of Australia as I was heading back down under at the start of January 2007. I thought nothing of it, and told Giuseppe that if he wanted to go he must do it soon, as in order to get a work visa you need to be under 30 years old.

A few days later the idea came to me that Giuseppe should come to Australia with me! Truth be told I was looking forward to going back, but what on earth was I going to do for 3 months? I wasn’t going to travel the country alone and my friends and family would be working. What I needed was a travel companion, and who better then my new Italian friend? From that moment, I was over come with the goal of convincing Giuseppe to come with me. I used to casually pop up at the hotel when he was working and leave him small Australian gifts. My twin sister and her husband had left me many a souvenir and Giuseppe was showered with little koala’s waving the Australian flag, rulers, pencils and erasers decorated with kangaroos, even a calendar of Victoria. I knew he collected foreign coins, so I emptied my wallet and gave him every coin I could find, and my twin had also left behind some tasty chocolate treats, so I shared my precious, not available in Italy and all time favourite cherry ripes. Once I have my mind set on something I will not give up, I am persistent to the point of annoying and poor Giuseppe was hounded day and night.

Without realising it we began to spend nearly all of our spare time together. I was constantly asking Giuseppe if he had made up his mind about Australia, but he was keeping me waiting. One night he took me out for a drink and told me yes, he would come to Australia with me. I was so excited and we began to make plans, all the time just remaining very good friends who spent all of our free time together.

It was on a warm autumn day in 2006 when we – the very good friends – had a day off and decided to leave the hustle and bustle of Rome for a medieval Tuscan town, Grosetto. Perhaps it was the enchanting cobbled streets, the fresh countryside air, the freedom from being out of Rome – chi lo sa? All we knew was the something had changed that day in this Tuscan village and Giuseppe had become my bel ragazzo.

On the train back to Rome neither of us wanted the day to end. The skies had opened, it was late and dark as we stood at the train station, awkwardly not knowing what to do. I suggested a night cap in Trastevere which was close to my home. We used to go out in Trastevere often with friends but we had never been there alone, the only problem was that it was walking distance to my house but a complicated public transport system to his. It was late and Giuseppe was not sure if he would come with me. He said he would think and tell me his decision when the train for Trastevere came. I knew by this stage that if he got on the Trastevere train that was proof he liked me and if he didn't then we would return to our respective homes as very good friends.
Yes, he took the Trastevere train but still we remained awkward friends. The next night we decided to go for a drink near the Vatican. By this stage of our friendship we had began speaking Italian. We used to speak exclusively English until one day Giuseppe stopped speaking English! Frustrating since I had the vocabulary of a 4 year old child, but slowly, slowly I got the hang of Italian more or less. So, we went to this pub and I  - being impatient and speaking the Italian equivalent of a 4 year old, and Giuseppe - being reserved, not wanting to jeopardise our friendship and potentially making the upcoming trip to Australia awkward took his jolly good time.

And there ladies and gentleman, as they say the rest is history. This is the story of how a ½ Calabrese, ½ Pugliese and 100% Australian girl, met and fell in love with a 100% Calabrese boy in Rome the eternal city, with a little help from a Tuscan village.
Posted by Leanne was in Italy now in Australia at Monday, September 24, 2007

Please tell Giuseppe that I am very happy that he makes you so happy! It makes me feel better knowing you are over there and in love (although I would prefer you to be home here) at least you are happy!
Love Twin

Thanks twin, I shall tell Giuseppe when I see him. We will come and visit you again one day, and you can come visit us here!

what a beautiful story, & Giuseppe sounds like such a nice guy :)

AWWWW! Super sweet! I'm doing a little happy dance for you in my heart!

Hi Lala,
Thanks for the happy dance!