Amsterdam is one of the most, if not the most liberal city in the world. According to statistics there are 738,763 inhabitants and 600,000 bicycles in this wealthy and rather expensive city...where pot smoking and prostitution are not only legal but literally thrown in your face. There are many, many Coffee shops lining the streets of Amsterdam where at the bar you can buy marijuana in all shapes and forms but if you are after a glass of something a little stronger then you will have to head to a regular pub as the coffee shops serve tea, coffee and juice. 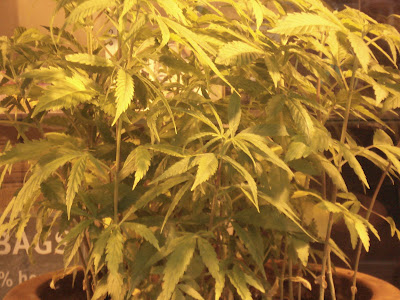 Not only are there coffee shops on every street, there are also sex shops, museums, cinema's and well...anything to do with sex really! Amsterdam is famous for the Red Light District which is a section of the city with ladies dancing in the window's trying to entice customers to come and buy their 'wares.' The main street is lined with the beautiful bikini clad women and their burly bouncers standing out front stopping you from taking any photos. Down the lane ways there are still the window's but bit by bit the ladies become less attractive, and even less ladies (if you know what I mean.) 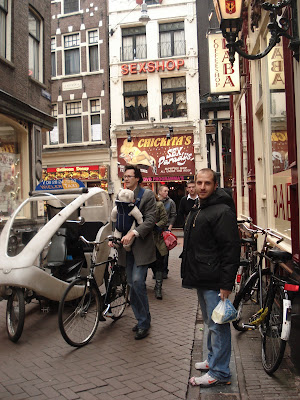 The funnies thing was that when asking directions for the area, a bar tender told us that it is not only the red light district where you see these kinds of things...and low and behold when we were walking along the street, admiring the house boats we saw a normal house with the curtains in the window open, and a lady standing there wearing her underwear!

Sex and drugs are not the only things on offer in Amsterdam, on the contrary the city is full of canals with their beautiful houseboats (as there is a housing shortage in the city so the people have to live on the canals.) There are more museums then you can count (we saw the Van Gogh museum.)There is the House of Anne Frank (we did not go in as thought the price of entry a little steep especially seeing as I had been inside many years ago) There were flower markets, grand buildings and manicured parks, oh and of course there it is the home of Heinekin no (bel ragazzo is most upset as the Heinekin museum was closed for refurbishment...we are going to return some another year.) A little further out there are windmills, clog factories and mother nature in all here (cold) glory. All in all the city with its cold weather and grey skies reminded the bel ragazzo and I of England...yes, in our opinion with the houses and the shops and the skies it could be the UK...or is it that the UK could be Amsterdam? 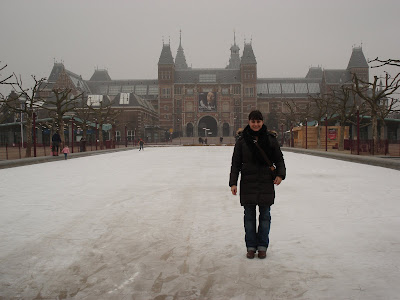 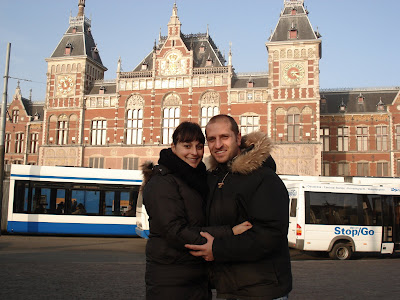 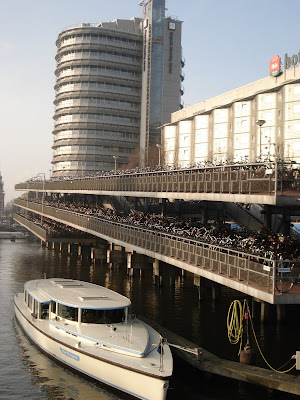 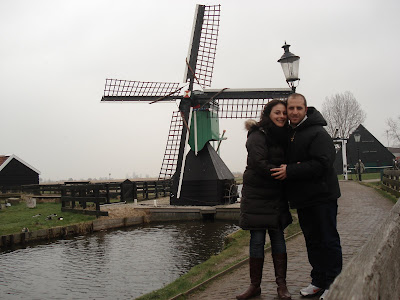 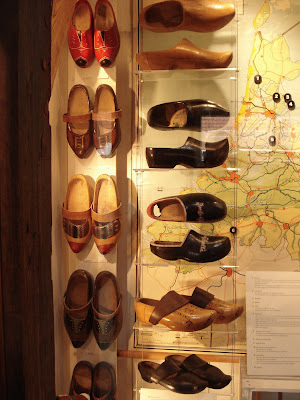 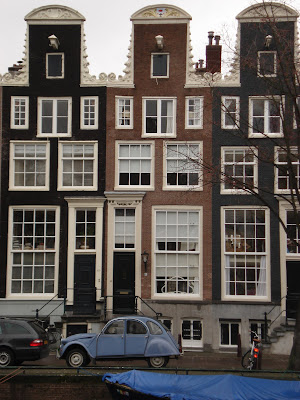 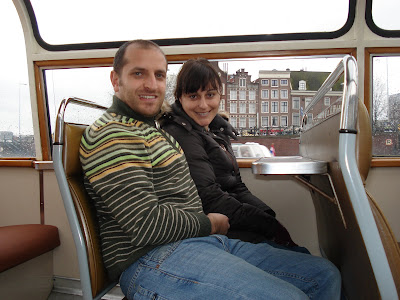 Posted by Leanne was in Italy now in Australia at Sunday, February 24, 2008

Hi Leanne! Glad you enjoyed Amsterdam. My husband is Dutch but he's from a small town in the south. But we spent some time in Amsterdam and he says that only tourists go to the coffeeshops or the red light district. Yes, the dutch are pretty liberal but they're sort of like Australians - tolerant of others - but not necessarily that liberal themselves. I know that back in Sydney prostitution is legal too for example.

I really like the bicycle culture in Holland but hate the weather!

Hi Kataroma,
You are right about the tourists being the only ones in the coffee shops and red light district. I felt as though I was in little Italy for a while as I have never seen so many Italian tourists in any destination!
And prostitution is legal in Melbourne too, I lived quite close to a brothal when I was there and I think it is a good idea.