Through the key hole

Tour guide Leanne was in full force today which is strange as I am not a tour guide. The Irish journalist and camera woman who yesterday opened my door to fame and fortune needed to go around Rome to film some sites. I escorted them on the tour and was made to look all the more informative by the fact the our driver spoke no English, so he was actually telling me a lot of interesting facts, which I would relay to them.

Our first port of call was one of my five star hotels in Rome. (I say my hotel as we look after 30 hotels in Rome, and this is one of mine. Sadly I do not own the hotel or anything like that...) So we stopped at a five star hotel and were able to film in the pent house suite where the Prince of Saudi Arabia will be resting his head tonight. Time was precious as the hotel staff were eager to kick us out, and get ready for the royal arrivals. (I was tempted to hide in the toilet and meet the prince, but then decided that would not be wise.) 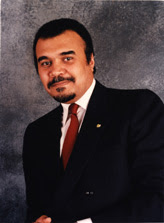 After almost encountering royalty (we only missed them by a few hours) we moved on to the main sites: St Peter's, Gianicolo with the superb views of Rome, then we went for a drive through what our driver calls the ‘Beverly Hills of Rome’ where the houses are literally priceless and the address list elusive. I am talking about the Aventino district of Rome which is a relatively small area of villa's, embasseies and the like. As tour guide Leanne explained apparently no one really knows who lives here. The houses in the area are 3/4 owned by the Vatican and the rest...people with more money then I could possibly imagine. There are no pop singers, no soccer stars and no actors here - the address list is too exclusive or should I say elusive for such exuberent glamour. This area is in a league of its own. Apparently if there ever is a vacant house then one must go through a very careful selection process to be accepted into this 'private' quater. It is not a question of money, but more so a question of power, influence and family ties with many of the houses being in certain families since the 1200s.


One of the main reasons that tourists may visit this elegant area is to see the Piazza dei Cavalieri di Malta (Knights of the Malta Square) and the key hole. What is so special about the keyhole you may say? Well, I don’t know of many key holes in the world where you can look though and see three countries! I did not look through as my entourage wanted ‘celebrities’ not ‘geography’ but had I looked through I would have seen not only Italy, but the Vatican City (apparently the view is spectacular as the dome of St Peter’s Basilica is framed in the key hole) and last but not least the gardens are an independent country, the Sovereign Military Order of Malta. (This is rather controversial however, as some people claim that the Knights of Malta was an independent country but today it is not. It is up to you therefore if you can see two or three countries!) 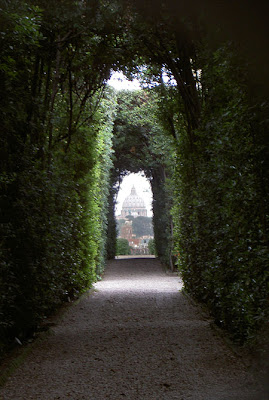 I must go back soon to take a glance through the key hole.
Posted by Leanne was in Italy now in Australia at Friday, February 29, 2008

oooohhhh! I love the keyhole too! I never knew the garden was a possible other country though! Neat-o!

Well I am glad tour guide Leanne was able to tell you this accurate...or maybe inaccurate information!

Hi Leanne.. was wondering which 5 star hotel did u visit??? I love the S.Regis on Via Veneto & Aldrovandi..u know that sometimes working in this business is a plus...take care xx lu

Ciao lulu,
It was the D'Inghilterra by the Spanish steps. Old world posh is the word to sum up that hotel, so decadent!