When in Rome do as the Roman's do? No - I think the saying should be When in Rome just ignore the Roman's! Well the incredibly rude one who work's at the Post Office that is.

Rather then reflect on the rude, impatient, unhelpful lady from the post office, (and my rude land lady for that matter) I shall reflect of the beutiful parts of the Eternal City. The other night when dusk was merging into the evening, just as the sky had turned a midnight blue and the street lights were opening, I was strolling by il Colosseo which is lite up in the night time and I thought to myself 'how lucky I am to live in such a beautiful city...' 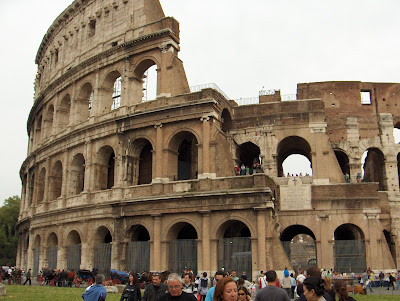 This is San Paolo - one of the major churches in Rome...and where I happen to live! 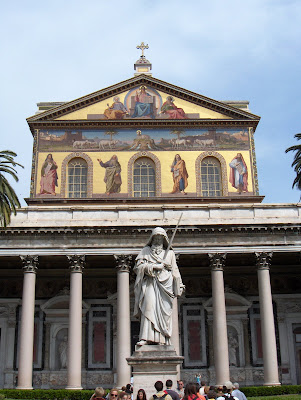 One of the artists at Piazza Navona. I keep meaning to by a painting but can never decide which one. 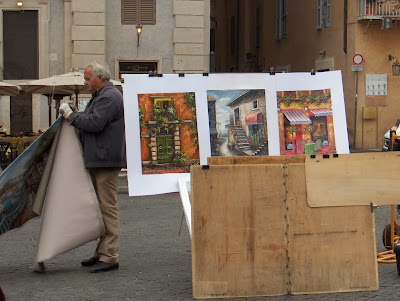 A beautiful sculpture in the Vatican 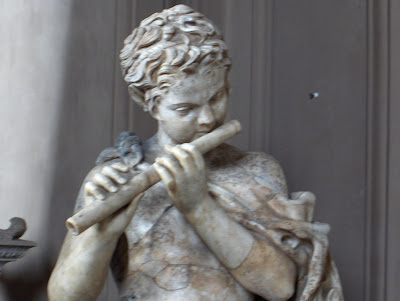 Posted by Leanne was in Italy now in Australia at Wednesday, March 05, 2008

nice picks leanne...Rome is the ETERNAL city and ALWAYS will be...is magic and you feel it...up to me the most beautiful city in Italy is FLORENCE, so cosmopolitan.. People in Rome make u feel welcomed, they r used to have so many people coming from each corner of the world...My best place in Rome is Campo dei Fiori...Ciao cara...

Ciao lulu,
I love Campo dei Fiori too - I was there just the other night! Florence is nice too, however I could never live there - for a city it is very small.

Gorgeous pictures. I can't wait to get back to the city. I'm starting a blog up myself I hope you dont mind if I bookmark you!

Hi Karla,
Welcome to the blogging world! It would be my pleasure for you to link to my blog. I'll have to check it out!