Today is 25th April which means there is a big celebration going on in two opposite parts of the world, both related to world wars. Over here in Italy today is festa della liberazione - Liberation Day which is to celebrate the end of fascism as Allied troops came and liberated Italy! Over in Australia it is ANZAC day. ANZAC stands for Australian and New Zealand Army Corps and is one of the most important national days in Australia. "...It marks the anniversary of the first major military action fought by Australian and New Zealand forces during the First World War..."

I spent my Anzac/Liberation Day having lunch with the bel ragazzo and our friend Alfredo. The sun was shining, it was a warm 24 degrees and the city centre was packed with Italians and tourists alike.

We enjoyed an aperativo before lunch by Campo dei Fiori. 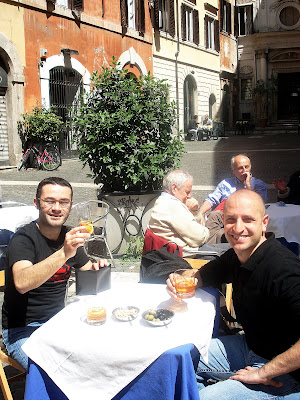 After lunch we had an espresso at this famous little bar by Piazza Navona. The bar was PACKED with people - I have never seen a bar so full before. It is in a lot of guide books and was even named the best place to find a coffee in New York by the New York Times. Yes - you read right. The New York Times had an article on the best coffee in New York, and basically said that if you wanted a good coffee there was none in New York and that you were to buy a plane ticket to Rome and come straight to this little cafe (I read the article that was stuck to the coffee machine.) A simple espresso here will set you back 1 euro where as normally they are 60, 70 or 80 cents depending where you go. Worth it though - really good coffee if you can stand the waiting and the crowds. 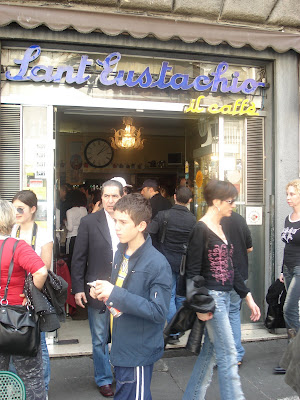 This pretty palazzo was near where we had coffee and I thought it was worth a photo. 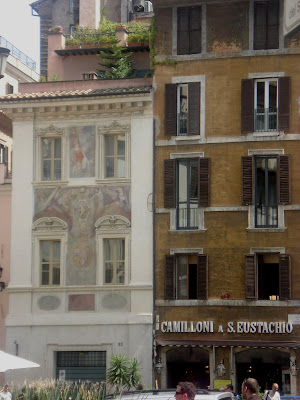 We did a little site seeing too. This beautiful building used to be part of the university of Rome. Imagine going to school there! 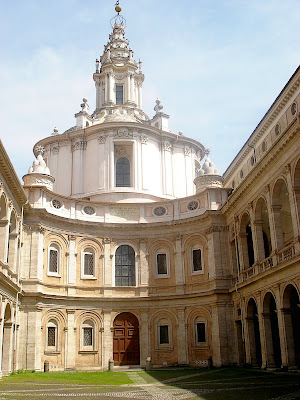 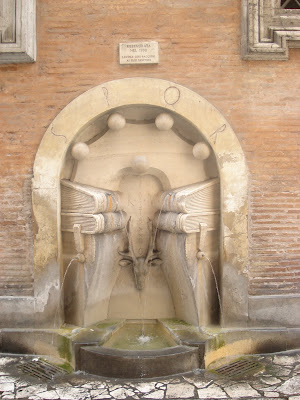 Alfredo my friend even bought me these lovely yellow flowers from a begger type person. (She wasn't a gypsy and wasn't really begging...just a lady asking if we wanted some flowers. She had them all individually wrapped in tin foil and when I opened them to leave in the make shift vase, I saw she had wrapped an elastic band around them too. Good on her! And GRAZIE ALFREDO.) 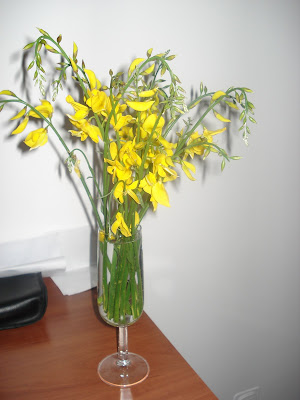 Would you look at these crowds? Piazza di Spagna is one of the most visited areas in Rome and now the high season after all. To be honest I hate walking around these parts but I have a hotel here so cannot avoid the area altogether. Day or night makes little difference here, it is always full of tourists! 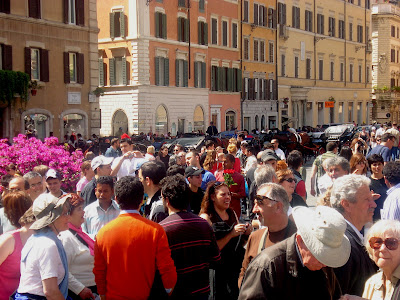 Via Condotti - The most expensive shops in which the windows have no price tags...and in which the street has no room to move. 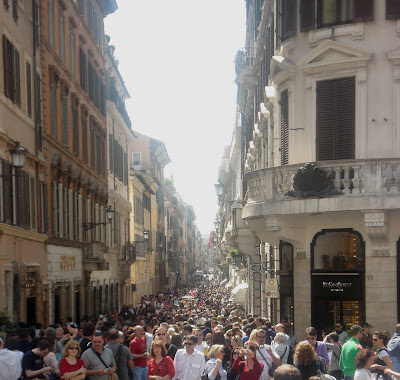 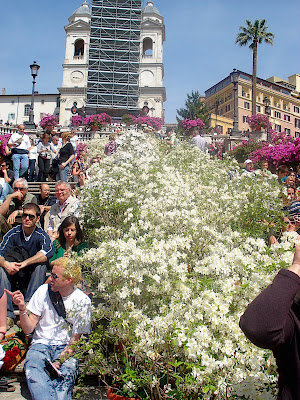 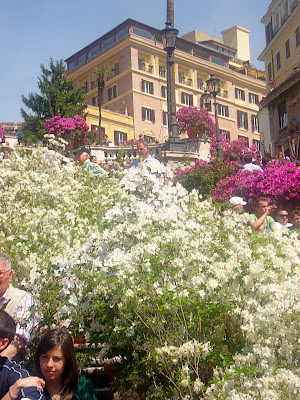 I hope you enjoyed the day regardless in which part of the world you may be.
Posted by Leanne was in Italy now in Australia at Friday, April 25, 2008

Looks like an awesome day, but oh the people! Gah!

The Spanish Steps look like a nightmare for someone with allergies (to pollen *or* people) ;)

Hi Michelle, Yes the Spanish Steps are a nightmare and I have an allergy to BOTH people and Pollen. I could not stop sneezing, literally for hours afterwards... Really Rome does become a bit much at times with the crowds.

Thanks for the tour... I can never get enough of Roma. There's always something new to discover.
Joe

Hi Joe,
Looks like there are a few more tourist in Rome now, unlike those pics you posted on your blog!