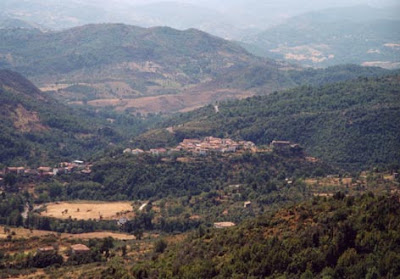 In the 1950s Italy was a country still recovering from the war; there was a lot of unemployment and poverty especially in the south of Italy and even if you were economically stable, there were little hopes or aspirations for the future.

My father grew up in Policastrello, a frazione of San Donato in the northern foothills of the Calabrian mountains. The small village was full with over one thousand people, most of them working and living off the land. They were lucky to live in such a fertile area, with nothing but lush green pine trees as far as the eye could see. In 1956 my dad was fourteen years old and he lived in a large house with his parents and seven brothers and sisters. His dad had a good job working the land and his large family never struggled for anything. The village had not been too affected by the war - Policastrello is right up in the mountains so luckily there was not much poverty, death or damage. The family was happy and life was good. 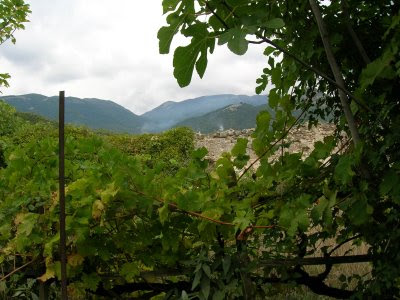 Ever since the beginning on the 1900s the village had been losing a few people to other parts of the world, in particular America, Canada, Argentina and Australia. It was just a trickle at first then over the decades more and more people were leaving there small village behind. My grandparents decided that in 1956 they too would sell up and set sail for the other side of the world - as I said the life in Policastello was a comfortable one, however they had their eight children to think of and wanted greater opportunities for them. 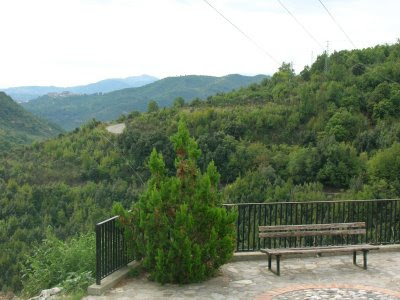 My father did not mind that they were going to set sail to a strange country which took a few weeks to reach, where the seasons were the opposite and the language was different. He was just a teenager and to him it was an opportunity to leave the village and explore the 'outside' world. In all his fourteen years he had only been to the neighbouring village of San Donato - he had never left Calabria and now look at him - the family would be travelling to Napoli and then getting a giant ship to Australia! Most of the other brothers and sisters felt the same, it was only the eldest son who was the most affected since he was twenty eight years old and had a fidanzata that he had to leave behind.

So off the family set... They were not leaving any family behind, they had some fellow paesani in Australia and with all their belongings either sold, or packed into their suitcases they said goodbye to Policastrello for what would be (for my father) a very, very long time. 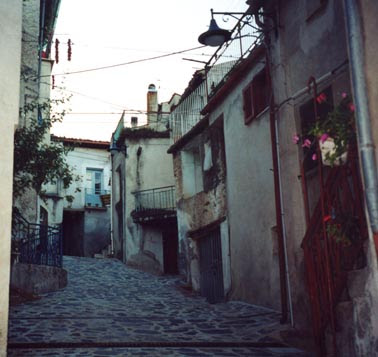 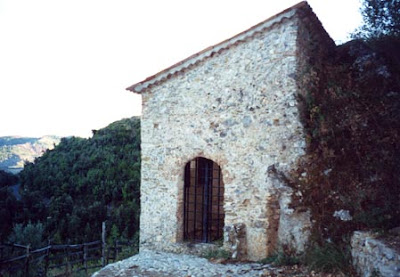 Posted by Leanne was in Italy now in Australia at Saturday, May 31, 2008

What a lovely story. My grandparents came from Calabria and went to America. I miss them so much. You have brought them back.

Hello Italian woman,
I'm glad you liked the story and glad it could bring back memories of your Calabrian grandparents.

Our families share similar experiences. I'm sure it is like that for many who migrated during the 50s and 60s. My father was 17 years old when he left his mother and 2 siblings (who are still there today) to move to Canada and join his 2 brothers who had already made the journey. My father's town, is very similar to Policastrello in that it had a population of close to a thousand people (maybe more) but if you go there today its population is quite a bit smaller.

Thank you for sharing your family story. We can learn so much from what they have gone through.

Beautiful post Leanne. It always astounds me how much courage our parents generation had. Like you said they were going to a completely foreign land on a ship to a place far far away!

It takes courage to do that now in reverse but it so different for us.

Hi Lulu,
Our families do sound quite similar and it is so stange that so many migrant children feel a close tie with their parents home land.

Hi Cleopantha,
(I was wondering where you had gone?!)
It would have taken them a lot of courage - you would know as you grandparents made the long boat trip too.