Italy is a country full of many cunning, sly people - or I should many of them in Rome are especially furbi. Obviously this is a gross generalisation...I love Italy and I love Italians...I am of Italian blood and my bel ragazzo is of course an Italian but we live in Rome and have had enough experience with people trying to rip us off!

I used to think at first that it was only me. It's that looking but not being Italian thing. As soon as I open my mouth I give the game away and instead of getting the 'local' treatment I get down graded to the 'tourist' treatment. It makes no difference most of the time that I live here as how are the shop owners to know? There was that time when I went to the market and got given rotten fruit.

There was the other time when this very furba shop owner tried to rip me off immensely when buying a fan. It was one of these dodgy shops hidden off a street off a street so no one knows it is there...no one but the locals that is. I had seen this fan sitting out in the baking hot sun for months and when I could no longer stand the heat and the rest of the shops had sold out of fans I knew this little shop would have one. Of course there where no prices, and no one working there except this old lady who always sat out the front trying to entice people in with her missing toothed grin.

She saw me eyeing up the fan. She heard my accented voice asking how much it was. And she evilly told me it was 30 euro. A plastic fan for 30 euro... I think not. Surely she knew better then to think I was a foolish tourist as 1) Why would a tourist want to buy a big electrical fan 2) How would a tourist stumble across this shop in the first place.

In the end I shock my head and angrily walked away with her desperate voice pleading 'Signorina, 25 euro...20...? 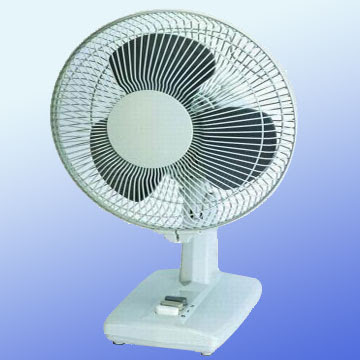 The other day however was the icing on the cake.

There is a photo shop near us which has massive signs in the window advertising digital printing for 3 cents per photo. I had asked earlier in the week about the deal and the lady had told me that it was 3 cents for over 500 photos. I said that was a great offer and I would be back later in the day with the cds. Bel ragazzo dropped off the cds and on the weekend I went to pick up all 1273 photos.

I was so angry that I marched home to collect the bel ragazzo so we could face this woman together. He had simply left the photos there the other week as no one asked him to stipulate the cost, and anyway the whole shop is full of these massive signs saying 3 cents per print! Bel ragazzo is a calm, rational person. I am not. I was so angry, my Italian was sounding a little crazy but I argued with another shop assistant (as the lady was busy smoking a cigarette in the door way) that no one said we had to ask to pay 3 cents per print, no one had asked what size photos we wanted and where is it even written that there are different rates on offer? And why oh why would we leave 1273 photos if we did not want to take advantage of the 3 cent offer.

In the end we left the store with 1273 photos, in a variety of shapes and sizes, some so big will we have to find some sort of album to store them in. We did not pay what she was asking, but we did not pay 3 cent per print either. We paid somewhere in between and now realise that it made no difference that I was a foreigner as the Romans are a sly bunch it seems with anyone who is not from Rome! 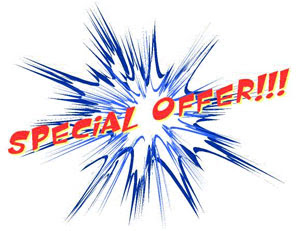 Posted by Leanne was in Italy now in Australia at Tuesday, September 23, 2008

I feel so bad for you and can totally relate! I am laughing though because your rage about "the tourist treatment" sounds exactly like me. At the bakery, RIGHT NEXT to our house the lady is a little shady and charges me more when my husband is not with me. We go there everyday and I know she recognizes me but still asks me about my "trip" and how long I will be in Verona when I am alone! I swear I feel like a fricking broken record: "I live here, but I live here, No I really DO live HERE (pointing at my house that is visible from the bakery)". One day I think my brain will break and I will become the city's crazy person....walking around with a twitching eye...but I live here...

This has happened to me a few times too...I hate dishonest people so much, no matter what nationality.

Hi Jessica,
How funny that the lady at the bakery charges you more when you are alone! Are these people mad? At least if you become crazy with a twitching eye you may get a better discount :)

Hi Monika,
True, true...there are a lot of dishonest people in the world, not just here in Italy. But there are sure more here in Italy then there were in Australia...or maybe since I was a local there I just never realised?

Leanne, GIRL!!! I feel your fury! I don't know what's gonna happen when I get fluent in Italian. I'll be sputtering and doing the black girl neck roll, I hope I have a bel regazzo to calm a sistah down. LOL.

Unfortunately these unpleasant things happen all over the world with foreigners!

My Italian friends, honeymooning in Australia got ripped off on the cab from Sydney airport to the hotel!

But definitely Italy is (in)famous for this special "art"! :-)

Hi lala,
I'd love to see you angry in Italy...sounds like it would be quite entertaining!

Hi Lucio,
I was wondering if people got ripped off in Australia and it seems like they (or your friends) do. Shame really, but the Italians are way worse then us!