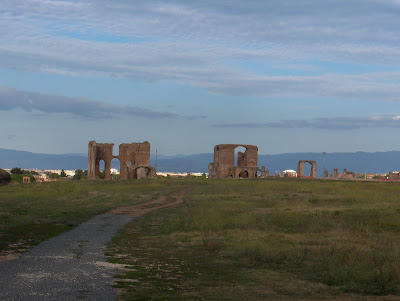 If you want to get off the beaten track in Rome then you can pay a visit to Via Appia Antica. As you look down at the ancient cobbled stones, remind yourself that you are walking on a road that was built in 312 B.C. The Via Appia is the most famous and important Roman road and was originally built to give the military easy access across the country. Also know as the 'queen of roads' this stretch of road was to become the first Roman highway ever built. The old part of the road originally ended in Capua, in the region of Campania near Naples. The 'newer' part of the road extended from Capua ending in Brindisi, Puglia and they were finished by 264 B.C. 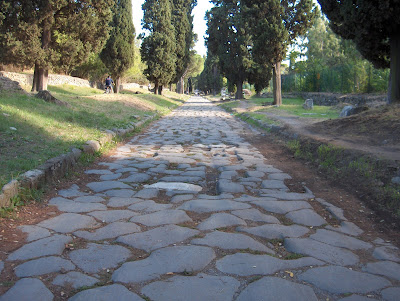 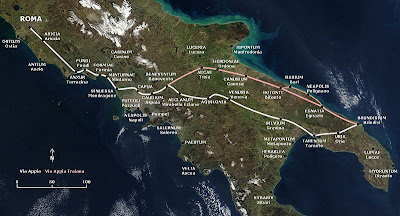 It can be quite difficult to find your way to the Appian Way...or maybe it was just that bel ragazzo and I found it difficult. We took the public bus number 218from San Giovanni in Laterano to the Appian Way. We got off the bus when we saw the road sign saying Via Appian Antica but don't get off at the start of the street, well not unless you want to walk for ever and ever. I asked the traffic warden if this was the right place to begin our walk, and obviously being sick of tourists asking him this question, he chose to just smile and me and say nothing. 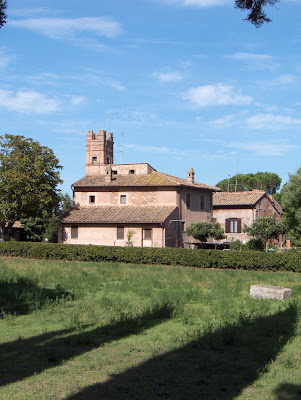 We found no one to be helpful on our quest to find the ancient part of the road. After walking along the main street for a while I was desperate to use the toilet so popped into a deserted restaurant when, not only was I told I could not use the toilet, but I was told false directions that we had to go back 50 metres to begin the walk. I was also told to go to the information point next door and use their toilet. 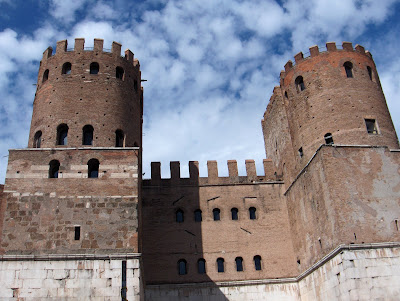 One would assume that an information point is full of friendly, helpful people. Not here. Not only was I directed to walk up some dirt path and find a bar who may let me use the toilet, I was also given very poor directions as to where the ancient road was located.

In the end after walking for ever, getting back on some bus and getting off by the San Callisto Catacombs we found our way to the ancient road, which was actually at the end of the road we were originally on... Basically the Via Appia Antica has cars and buses which drive to a certain point before the road becomes pedestrianised. It is here the interesting part of the road begins. I however did not walk the whole way as I was annoyed and tired by this stage (ok and I am very impatient) so bel ragazzo continued to the very end of the Appia Antica alone. I must return, especially now that I know how to get there. 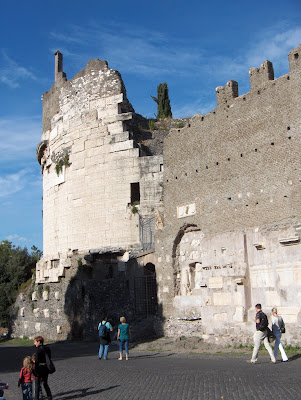 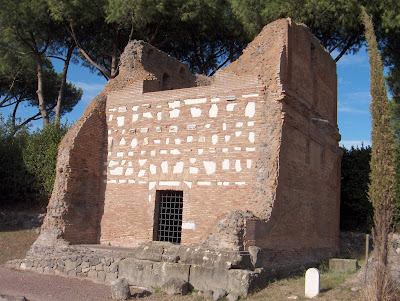 Posted by Leanne was in Italy now in Australia at Thursday, October 16, 2008

Quite a voyage but seems so worth it in the end. How beautiful!

It was a journey indeed!