With the weather as it was during the months of November and December in Italy the bel ragazzo and I could not be so fussy about our touring around.

Here is a photo of Malito when it was hit by the heavy rain. The photo is not so clear as we were in the car but you can see that the main entrance into Malito was covered with debris from an exploded pipe in a steam above the village and the wind had knocked the sign posts down. 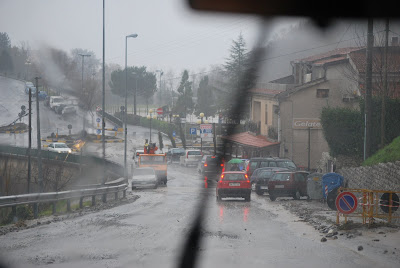 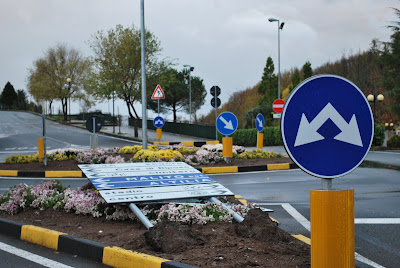 Bel ragazzo and his brother had to chain saw a massive tree which somehow the gale force winds had managed to knock down blocking one of the roads. 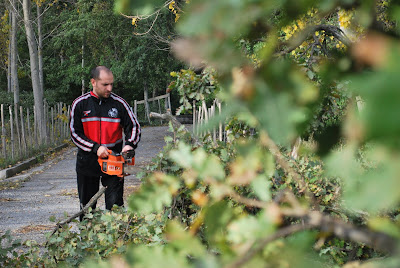 At least then the shepherd could safely pass with his flocks. 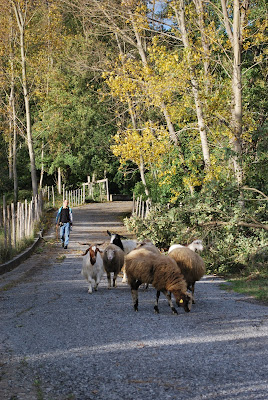 So with these weather conditions our site seeing was in the hands of mother nature. She did not often stop the rain but when she did we would quickly dash out of the house. On one such day, with the overcast skies letting us know it would be rain free for about one hour, I asked bel ragazzo to take me to a little town about 10 minutes drive from Malito called Altilia. Now I am not saying that Altilia is up there on the list of places to visit in Calabria and everyone did keep asking us why on earth we were going there...but I like little villages even if there is nothing that special about them. I have to remind people I come from a relatively brand new country - Australia so I love anything and all things old!

The first time I went to Altilia was 2 years ago during my first visit to Malito. Bel ragazzo and I spent our first New Years Eve together at the old convent in Altilia which was converted into a disco of sorts. Along with 700 odd people we danced the night away. This year we also went back to Altilia but with the lack of heating in the upper levels of the convent, and the amount of children I saw down stairs I think this is the last time I will be spending my New Years Eve there.

Here are some photos of the village. 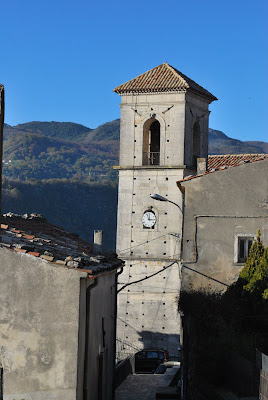 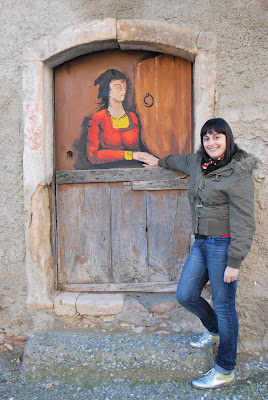 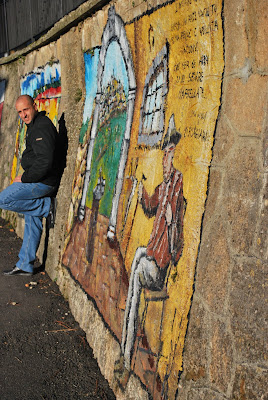 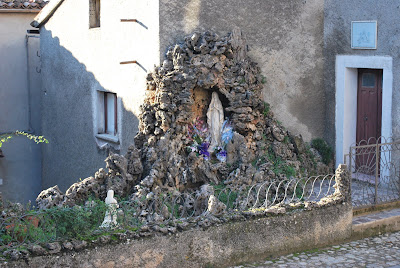 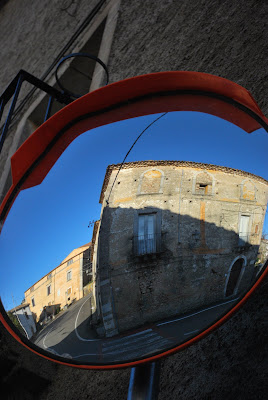 Posted by Leanne was in Italy now in Australia at Saturday, January 10, 2009

Thank you for posting these beautiful pictures.

Altilia is such a beautiful town...I am so glad I went with my Zia (who was born there) to see it. Great pictures Leanne! :)

WOW! Great pictures Leanne!
I was amazed at the entrance to town...my husband and kids were blown away too! Did Rosario's store suffer any damage, do you know?
I really love all the villages around the area too, since I grew up in California where everything is relatively "new" - like Australia I suppose...
Thank you so much for sharing the pics!

Hi Gil,
You are more then welcome! Many more pics to come.

Hi Lulu,
If you end up living there think twice before going to Altilia for NYE.

Hi L'Americana,
I will see if I have some more pictures from the damage. It was pretty bad. The piazza at the entrance by the fountain was flooded! I think the store was fine as water did not get inside, it was just all the rocks and earth which had been washed down from the mountains.