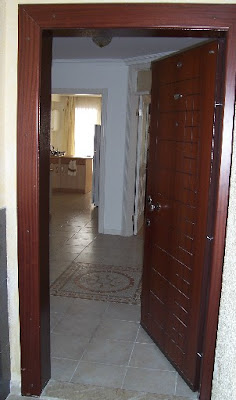 For along time she has lived in a nursing home due to very poor health and in the end she could not even speak or think clearly so it is better this way.

My great uncle also died a few months ago while I was in Italy and my twin sister asked if the funeral procession would be driving past my great grandmothers home. I had no idea what my twin was talking about, and why she would ask such a bizarre question but she said when our great uncle died the funeral procession drove past his home. It is apparently tradition in some parts of Italy (and other countries) that you have to leave the front door or a window slightly open to allow the spirit of the dead person to leave should they still be inside their home.

Our great uncle (grand fathers brother) and our bisnonna (grand mothers mother) were both born in Puglia, Italy and once in Melbourne they all lived surrounded by Italians. My twin said that when the funeral procession passed his house all his friends were outside waving goodbye to him as the Hurst drove pass. This is a lovely tradition but in my great grandmothers case the procession will not drive pass her house as she has been in the nursing home for many years.

I was looking on the Internet for some information about this tradition and did not come across anything in particular as it seems there are so many different ways people arrange funerals. I myself have not attended a funeral since my great grandfather passed away many years ago, so perhaps it is befitting that the next funeral should have been for his wife. 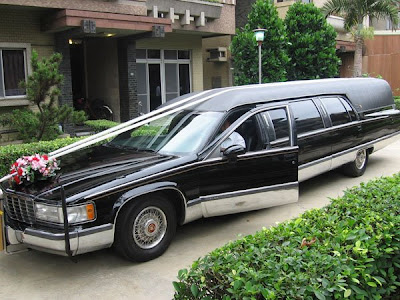 Posted by Leanne was in Italy now in Australia at Monday, February 23, 2009

Labels: italy, stories from the south

Leanne, I am very sorry to hear about your loss. You are very lucky to have known your great grandmother and to have her as a part of your life. I know this is a difficult time, and you and your family will be in my thoughts. Un abbraccio, Laura

I'm sorry to hear about your great grandmother's passing. I am sending love and prayers to you and your family. I was named after my great grandmother and I always wish I had a chance to know her. Hugs!!

Thanks Laura and Lulu for your kind thoughts!

Sorry for your loss. I've been to funerals where we drove past the deceased home but never knew about leaving the door open.

Hi Gil,
I too never knew about leaving the door open. There you have it - something new for everyone!

You're in my thoughts Leanne. Big hugs my dear.

Sorry for your loss. It is always wonderful and very lucky to have a great grandmother in your life. Here in the U.S., at least in NY, those Italian traditions are followed. We open the doors and windows only if they die inside the house to let their spirits free. For me, it is the saddest part of every funeral, when we drive passed a loved one's home. It is the final goodbye.

Hi Ladylitigator,
We actually ended up driving past my great grandmothers house even though she died in a nursing home. It is a really nice tradition.

As an Italian American from Brooklyn, NY we have always driven passed the deceased home after the funeral mass.

Yes as an Italian American living in NY, we always drive past the deceased home & a family member gets out of their car and opens the door to ensure the spirit leaves. It’s 2019 and we still follow this tradition