Apparently this is the hottest, continuous weather for the month of November - which is still spring time here in Melbourne, Australia. We have had a taste of summer, with temperatures already in the low - mid 30s. It was 35 degrees two days ago, today is a cooler 29 degrees and it's back up to 35 degrees tomorrow, so we are off to the the beach! My grandparents have a holiday house by the sea where we always go, so we are packing up baby and all and having a break for two nights!

I must say that it is very nice to be back in such an orderly country - especially after being based in Sorrento which (since it is the province of Naples) is one of the most hectic and crazy parts of Italy. So ladies and gents, that brings us to the next episode of Australia vs Italy! - Driving!

I have already been driving back here in Melbourne and must say that it is such an easy, calming, pleasure. The roads are so wide, so straight and so empty! I keep getting distracted by all the people waving to say "thanks" when they drive. 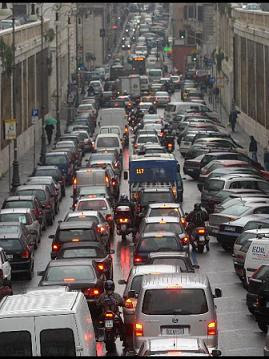 I must amidst to being a waver. I like to show gratitude and for others to show me such respect when I let them push in front of me with their cars. When I first drove in Sorrento (with bel ragazzo in the car as my driving /make sure she does not kill someone instructor) he used to look at me and get impatient as I used to waste (precious) time waving.

Let me give you an example, as you may be thinking bel ragazzo sounds a bit nasty...but no - I soon learnt there is not point in waving thanks OR expecting thanks in the province of Naples. One day we were driving along the normally busy streets of Sorrento. The road has one lane going in each direction, and no parking signs line the busy street, but of course the traffic warden turns a blind eye as his mother double parks her old cinque cento on the curb out front of the supermarket. His brother-in-law has just bought a new car, so as he dashes to the bar for a (not so quick) coffee he badly parks the new car on the busy street. A young boy pulls up on a dangerous corner and the traffic warden is about to send him away when he realises that the boy is his wifes brothers cousins uncles godson - so of course he can park in that highly illegal and dangerous place! Oh - that woman is pretty with her short skirt - what's that? Just off to the post office for a minute. Sure, she can park there too. And the man who will only be a minute in the bank, and the child who looks to young to be driving a car anyway...and the.....

So you can imagine the scene as I am trying to navigate the car down the packed, busy street, avoiding hitting a scooter as they come whizzing from behind on my left and right. You need to look everywhere when you drive in Italy - especially in this part of Italy. So anyways...I was talking about waving. Yes, waving. In those early days I was nice Leanne. I remember a man stopped his car so I could turn, so being the nice Leanne that I am I waved. I however at this stage did not have the ability to wave and drive at the same time (I am not stupid but in Australia we drive on the other side of the road.) So here I am waving, and smiling thinking how nice this man is when bel ragazzo hisses - Vai, Vai!!! Go, Go!!! - are you crazy! He's letting you go so why are you stopping! Just turn. People were starting to honk behind me and all flustered I turn the corner.

At the bottom of the street I decide to return the favour as an old, hunched, can barely see over the steering wheel woman is trying in vain to turn onto the busy street. I signal for her to go, and give her a big smile. I am nice don't forget. Or I should say was nice. The old thing takes her time turning in front of me without as much as a nod of the head! I was angered...furious....stupid, old, ungrateful thing!


From that day on I changed. Nice, good, kind Leanne was left behind. My bel ragazzo driving instructor was shocked at my sudden change. You have become Italian he commented. Good. It is the only way to drive (or did he mean survive) here. From that point on we had a rule - no one and we meant NO ONE was going to get in front of us. No more letting people cut in front. Even if they drive straight at you...do not let them in. Pedestrian crossing...they are nothing but stripes on the road. No time to let the people cross either. Porca %$&*&^ Pezzo di &^%$# C%**& B&^%$#@& get out of my way!!!!!

So, now I am in Melbourne and the other day was happily waving to everyone who let me pass, and who was thanking me for letting them in. At one stage I was in a narrow street and there was an on coming car. We stopped for a good 10 seconds, busy waving back and forth as we were both too polite to go through first. Ahhh....that's what I call driving. 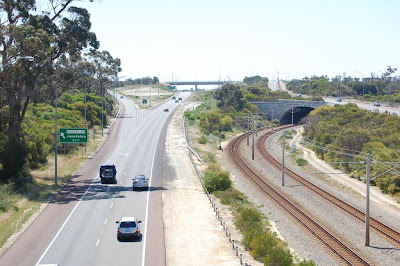 Posted by Leanne was in Italy now in Australia at Friday, November 13, 2009

Another thing, the distances are much greater in Melbourne but it still takes you the same amount of time to get anywhere in Italy - if not more!

Driving in Italy is certainly not a relaxing experience.

Well, there is one way to enjoy Italy during or when you are driving.. ride a bike or a scooter, it is so much easier. but there are some places where the roads are too steeps and it maybe a little bit more dangerous,.

Driving in Italy can be scary. I am in the process of getting my Italian drivers' licence - not a pleasant experience. I have passed the theory and am going back to Italy in September to do the practical. I did a very long and boring post on the process - I had to get it off my chest.
Debra