Christ stopped at Eboli...but we didn't! 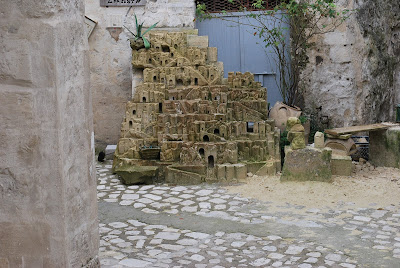 Have you read "Christ stopped at Eboli" by Carlo Levi? If you haven't I would highly recommend it. This book is an amazing biography of Levi - a northern Italian doctor, painter and writer who was forced to live in political exile in a small town in Lucania, which is now called Basilicata. He was sent there for his openly anti-fascist views and his biography tells of his experience living within this malaria ridden district and how in such a poor, desolate town he met some of the most amazingly strong and kind people.

Levi writes in his novel that it seems that Christ really did stop at Eboli (which is a town in the province of Salerno) because it was such a different Italy from the Italy he came from. Back in the day wealthy Italians did not travel much further south then Rome and most certainly very few would have had reason to enter the region of Basilicata. It was the land that time forgot. With limited access to health care, education - even clean running water, Levi was shocked and humbled by his experience here.

One town which is mentioned in his novel is the now rather famous Matera. Matera's fame on the tourist map has been steadily building since Mel Gibson's film, "The Passions of the Christ" which I have yet to see. This town is one of the most unique places you will ever see and rightly so it is now a UNESCO site. 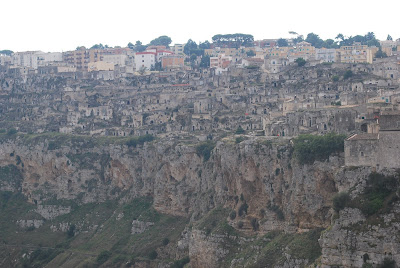 When Levi visited Matera, the poorest of the towns people used to live in the sassi which are cave dwellings dating back to the prehistoric settlement. The sassi houses are literally dug into the rock and are not houses as such, but large (and not so large) caves which used to see both humans and animals living together in more often then not windowless holes. You can imagine the conditions which Levi would have seen! The town which is basically built entirely of rock was a cess pit of disease and in the 1950s (when the sassi were full of about 16,000 poverty stricken inhabitants) the Italian government had to forcefully relocate most of the population to areas of the developing modern city. 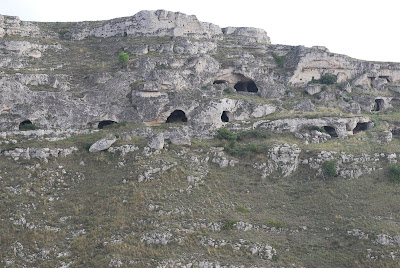 Bel ragazzo and I went to Matera in October and it was an overwhelming site. I had always wanted to visit Matera and was so excited that we finally had a chance to go. We went for work. (Well bel ragazzo did and I just tagged along.) We had to inspect a new 5 star de luxe "hotel" which is made up of some of the oldest sassi. 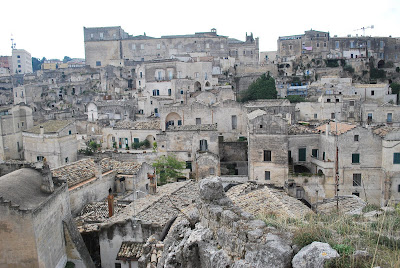 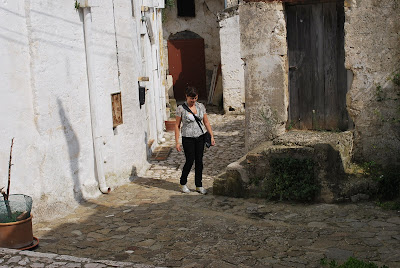 If you have never been to Matera then I would say you definately have to put it on your list of places to go. Look at more of our pictures below and see for yourself! 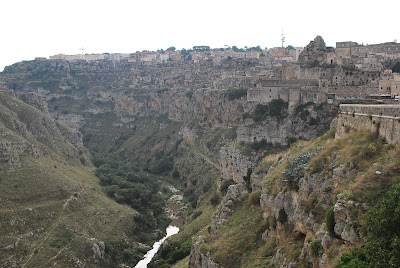 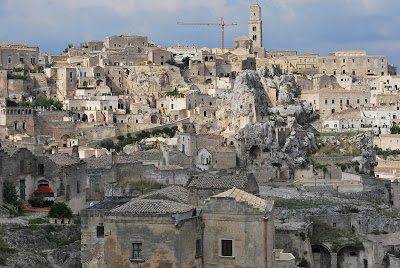 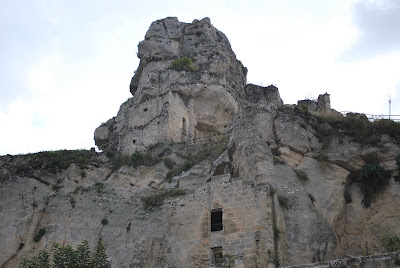 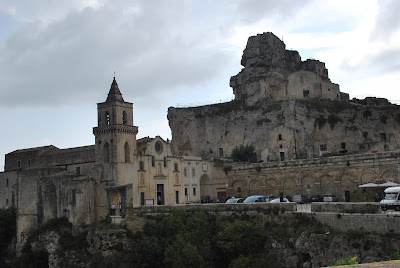 If you don't want to see a photo of bel ragazzo giving me a bacio then close your eyes now!! 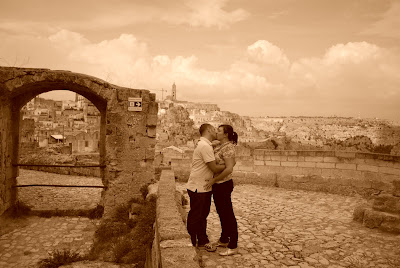 Posted by Leanne was in Italy now in Australia at Monday, November 16, 2009

I want to visit Italy again! Now! So many amazing places, so little time!

Great post, Leanne! We were in Matera last year and this brought back a lot of wonderful memories. It is an amazing place, unlike anything else in Italy. Matera reminded me a little of the cave dwellings in Bandelier National Monument in New Mexico. What's remarkable about Matera's Sassi is that people still live there! I highly recommend adding Matera to a "must see" list.