What vow of povery?

Bel ragazzo's parents were here the other week for his birthday and before they went we paid a visit to our local church (by saying local church I mean it is around the corner from where I live, not that I actually go to mass there or anything.) The Basilica San Paolo is one of four major churches in Rome with the others being: San Pietro, Santa Maria Maggiore and San Giovanni. San Paolo is a magnificent basilica and I cannot even begin to imagine the amount of money places like this are worth...the holy door is made of solid bronze, the mosaics are made from gold and there is marble as far as the eye can see. I was in the Vatican museums just last week and that place is literally priceless...

So much for the catholic church taking a vow of poverty - the Vatican must be exempt from their own religious laws. 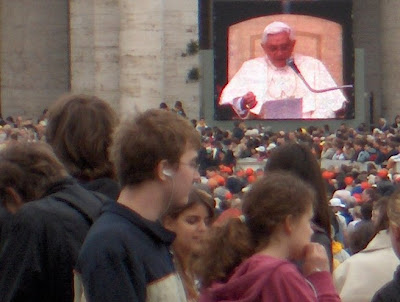 You would think that the Vatican has enough money but now, since two weeks ago they have begun to charge for entrance into the San Paolo Basilica's internal garden. The reason I know that they now charge is that I was there the other week with my parents and we walked straight on through! In one week they had installed a ticket booth and individual entrances like they have at the metro stations, so you have to put the ticket in the slot before the entrance opens for you! That's not very Christian... They even have a donation box by the new toilets. Ok - I know that you normally have to pay (or leave some small change) at most public toilets in Italy but the one good thing about the Vatican public toilets is that they are free. So free in fact there is a massive sign saying that the toliets are free and please DO NOT leave any money! Amazing. 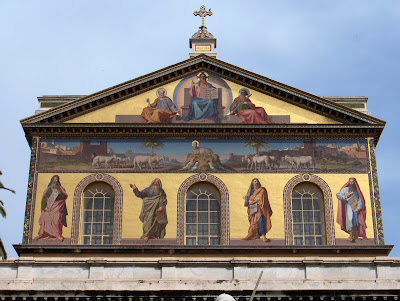 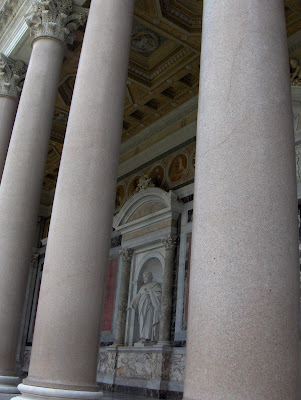 Fancy a solid bronze door at your house? 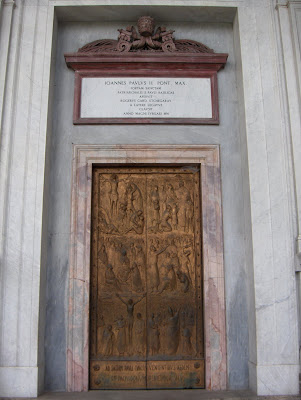 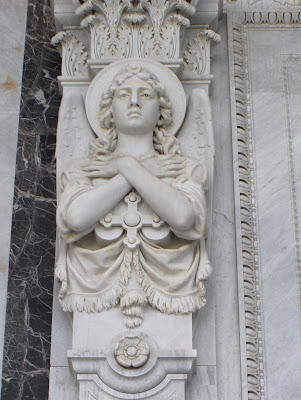 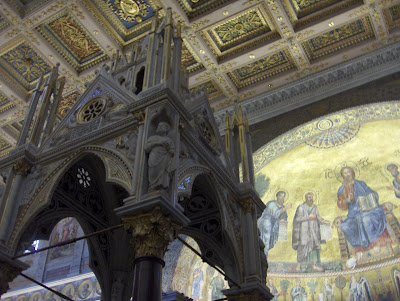 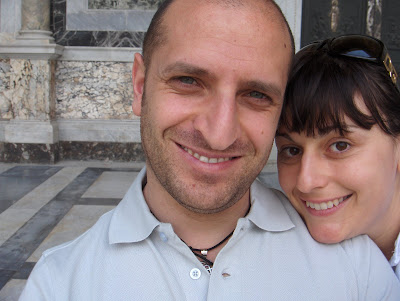 Posted by Leanne was in Italy now in Australia at Sunday, June 15, 2008

I love that basilica! It must have been even more breath-taking back in the day when that area was literally countryside. Just imagine this golden shiny church sparkling in the middle of nowhere...

Hi Romerican,
It is just lovely...one of the nicest by far. And it would have been even more lovely when there was nothing but countryside around it!