I arrived back into a cold and wintery Melbourne and was greeted by my parents at the airport. We had not spoken on the phone while I was away and they got quite a shock when I told them in the car that I was going to quit my job the next day and buy a one way plane ticket to London.

They thought I was mad, that I was joking, but I had never been more sure of anything in my whole life.

I could have had everything I wanted in Australia, but I viewed this as some sort of personal test. I knew 'someone' was testing me to see if I really was ready to give it all up for a try at Italy.

True to my word the next day I quit my job (and yes, they were a little miffed at having given me 6 weeks holidays and then I quit the first day back. I begged to leave straight away but they made me stay a whole month...as punishment I am sure.)

With the job finished, and my bags packed it was a mere 6 weeks since I had left that I found myself heading back yet again to the northern hemisphere (no point wasting time I say!)

Since my holiday in Italy I was determined to live there. I had become obsessed watching every movie that had ever been made about Italy and reading as many books as I could get my eager hands on. I was at my grandparents once a week for Italian lessons and annoying everyone by trying to speak Italian (albeit very badly.) I was so relaxed, so happy, so impatient to go. The 'pull' of Italy was getting stronger and stronger, it really did feel like a physical force reeling me in. I was not scared, not worried that I was being hasty, not preoccupied with finding a job. I just knew it would be easy - because it felt right.

Since I could not speak Italian, and although I did not mind being a dishwasher, I wanted to try and go via London for a job. I had no actual family in Italy and no where really to stay. I could have stayed in my dads small village of 150 people, but then that is not the best place for job hunting!

Based on a friends advice I went to London, determined to find a job working with this UK travel company that she had recommended. I found a share flat (a sign surely when I was met by 2 Italian housemates) I found a great job (someone testing me yet again as after 2 months I was offered a full time contract paying a a handsome wage...) and then finally the time came for my interview - my chance to go to Italy.

Well here I am - writing from Rome...so the rest they say is history.

I always said if you want something badly enough then it's yours. 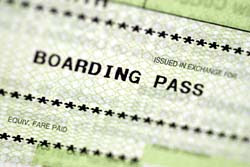 P.S the bel ragazzo came along later. You can read about us meeting here and here
Posted by Leanne was in Italy now in Australia at Monday, August 11, 2008

wow what an amazing story :)
good for you!!!

Hi, came accross your blog... interesting... Did not read it all but i can remember the time when i decided i was going to live in London and packed my bag when I I turned 17... My goal was to live in California after that but ended up in Australia... Have not been back to France since 1995.
Good luck with it all...

Congrats Leanne on actually doing what many only dream of!

Having almost spent 2.5 years here in neighbouring Croatia I know just how much of a huge culture shock it is, but soak it all in and enjoy the glorious ride!

We're returning to Sydney soon, but I wouldn't trade this time here for anything, and know we've all benefited in ways we could never have imagined...

Hi Prisqua,
I know the feeling when you end up staying some place a lot longer then you even intended!

Hi Alex,
How lovely to be in Croatia. I have not been yet but heard it is lovely. And back to Sydney soon, good luck with it all.

nice story. I've always said "those who are not afraid of failure are the ones that make life changes". you go girl;)

Hi Roxy,
A nice moto to live by!

I have just come across your blog, read a bit, but oh boy... I need more time to finish it and I will, just wanted to say hi, I live at Lago di Garda near Verona so if you are ever up this way on a tour.. please email and lets have a coffee... I am in Sicily about 3-4 times a year and spend most summers at the beach house.. The south is just beautiful!!

Hi Melinda,
I sent you an email so hope you get it. There is a gap in the above email address so not sure if there is an _ or something after Melinda. We'll see - and nice to 'meet' you too.

So happy that I found this blog. I am also Australian and am currently in the process of getting my Italian passport. This time next year I hope to be living in Reggio Calabria where my family is from. So great to see that it all worked out for you and reading your blog makes me so excited for my adventure to come!