The city that was built on water 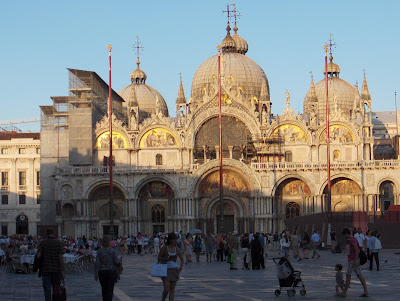 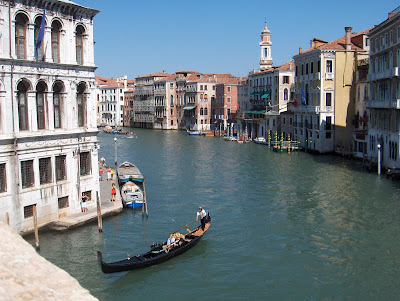 We are back from a lovely couple of nights in Venice! 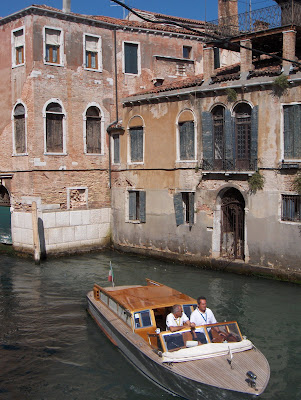 This was my third trip to the enchanting and sometimes smelly city on water, and this is actually the first time that it smelt. It is not as bad as some people make out, and is normal when you consider that Venice is a city built on water. Every now and then you get a waft of a sulphur like odour, but then the beauty and uniquness of the city makes the smells the least of your concerns.

The first time I visited Venice was many, many years ago when I was back packing around Europe with my twin sister and her husband. We were on a very tight budget (35 euros per day) and slept at a camp site on the main land, taking the water bus each day to the island. The first time we were there it was August if my memory serves (which it probably doesn't) and we slept in a mosquito infested camp by night, and walked the ancient cobbled streets by day, admiring the gondolas and thinking how we really could not afford it but how exciting it would be.

My second trip to Venice was a few years ago when I was living in London and took a short trip with my Italian friend to visit her village of Bassano del Grappa which was a short train ride from Venice. We took the train in for the day to experience the delights of the Venice Carnevale!

And now my third trip was with the bel ragazzo. It was his first time in Venice. A few months ago he said that he always wanted to go to Venice with someone special...so assuming that I would be special enough for him I booked 2 tickets as a surprise part of his birthday present. 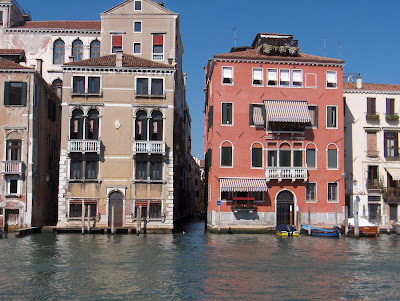 This time around we had saved some money so we could relax in...not style as such but at least be able to sleep on the island and not be eaten alive by mosquitos at night. Let me tell you one thing - Venice is expensive. Really it is. We rang B&Bs first thinking these would be the most cost effective option, but after being quoted 175 euro per night at one B&B (most of them around 120 euro) we decided if we have to pay that sort of money it may as well be for a legitimate hotel. So we entered Venice with the knowledge that it was expensive, and we had not spent much money on ourselves this year, so we thought why not splash out a bit.

In the end we booked a 3 star hotel which was very nice and small (and cost a lot less then 175 euro per night) the staff were so friendly and helpful and they had a gorgeous little outside courtyard for the breakfast. We spent our times wandering the streets, walking along the canals and getting very lost. Venice maps are a waste of time. Bel ragazzo prides himself on his navigation skills but even this time he had to admit defeat. 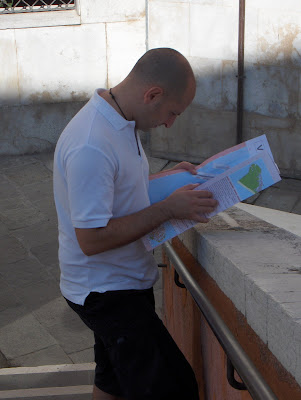 Oh, and of course we took a gondola trip! 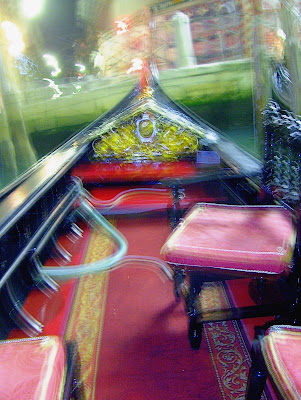 We couldn't say no. It was expensive, but we wanted to do something romantic...something different and what better way to see Venice by night then go gliding through the empty canals in a beautiful gondola? The going rate for the night time is 100 euro for 30 minuutes (day time is 80 euro for 40 minutes as there is traffic) but we managed to get him down to 90 euro. It was about 10pm and it was so peaceful and relaxing to glide along the canals. At one stage we even passed a movie crew who were filming. The gondolier sang, there was no one about and it really was one of the highlights of our trip. More of the trip and photos tomorrow! 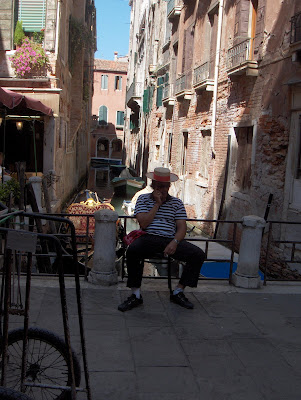 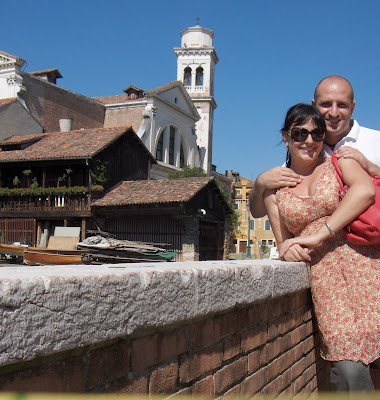 Posted by Leanne was in Italy now in Australia at Thursday, September 11, 2008

Glad you had a good time, I love Venice so much. Though I guess it'll be a while before I get there again.

It may be some time till you get to Venice again, but your've been there, done that and have the rest of USA to explore!

Love your pics and really enjoy your blog. Venice is one of my top 5 fave cities...it's so romantic!

Hi Angie,
Thanks for stopping by the blog. Venice is a really romantic city...one of a kind!

Looks like you had a LOVELY, romantic and relaxing getaway. Good for you!!

Fingers crossed for you getting your assignments! Should be soon right?

Hi KimB,
We did have a nice getaway!
And you are right, the placements should be coming through soon...but it is a nervous and exciting time waiting for them. I just want to know where we are going! Patience really is NOT one of my virtues.

Oh how nice!! It's truly the most romantic city in the world.. I've been there twice so far and want to go a third :D Nice pics!

Hi Pomegranate,
Nex time you go make sure to visit Burello, the island if you have not already done so. It's beautiful!