MTV concert on my door step 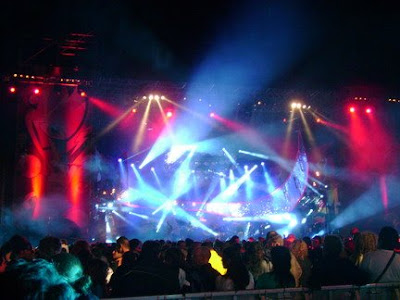 Saturday night there was a live and free MTV concert where I live. San Giovanni in Laterano often hosts such events and this is the first time I have attended one of the free concerts. When I was living in Rome 2 years ago I was hoping to attend the concert featuring the Black Eyed Peas on 1st May (which is the most famous free concert in Rome) but I was so excited about going that I ended up hurting my foot as I rushed out the door. I never made it past the door as I hobbled back into my apartment in pain, having to suffer while watching the concert on TV.

This year I couldn't be bothered to go to the 1st of May concert as it was too hot and there were too many people, so I watched it on TV and the music was so loud I could hear it from my home in San Paolo anyway.

Last night though I had no excuse. The Cure was the head lining act, and I am no Cure fan...but there is worse music to listen to...and all I had to do was open my front door, cross the road and wham bham I was there in the heart of it all. No waiting in line to use the vile portable toilets, no waiting for an over crowded bus to take me home...the concert was literally on my doorstep which in itself was great! 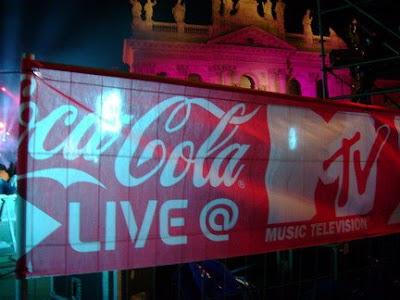 Posted by Leanne was in Italy now in Australia at Monday, October 13, 2008

Cool that were so close and I love that most concerts in Italy are free. Hope you enjoyed!

Hi Carla,
It was perfect being so close!

What luck! Hope you enjoyed it!

Hi Saretta,
I did enjoy it, espeically since it was across the road!