A day trip to Altomonte

After being stuck on a plane for 24 hours I am finally back in hot and sunny Melbourne. Ok well it is not so hot just yet but it is definitely sunny! Today is a pleasant 20 degrees...mother nature is slowly preparing me for the heat of summer which according to the weather forecast will be with us on Tuesday - 37 degrees! Yes, I have finally traded in the snow for the sun. Summer in Melbourne is a lot more bearable then Italy as we have a dry heat, none of that scirocco nonsense- the humid and intense summers from Africa. But I'll be getting my fair share of that before I know it.

It has been two years since I last set foot on Australian soil. My 4 year old nephew did hide under the table for a while when he saw me...but other then that it feels as though I have never been away. Bel ragazzo has safely arrived in Fueteventura, one of the Canary Islands so now it is time to back track to Italy and my 2 months living in Calabria. (Ahh...bless this fast internet.)

Bel ragazzo and I were very unlucky with the weather whilst in Calabria. It rained nearly every day. When it did not rain though we tried to get out and do as much site seeing as possible. One of our first trips was to Altomonte which is a 'famous' medieval northern Calabrian town, about 30 minutes from Cosenza. 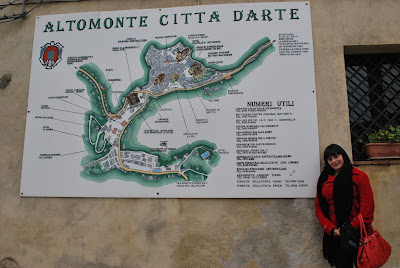 Altomonte is quite close to my dads village (Policastrello) and being in Northern Calabria it is close to the boarder of the Pollino mountain range. The back drop therefore is quite spectacular and on a clear winters day you can see all the snow capped mountains. 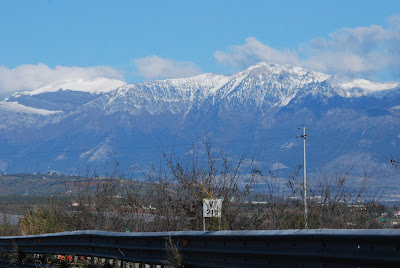 Altomonte is a well known town...well know through Calabria I should say. It is one of the more beautiful and better known towns. There are a lot of villages more spectacular then this one, but in the summer time Altomonte has many forms on entertainment which draws in all the tourists. 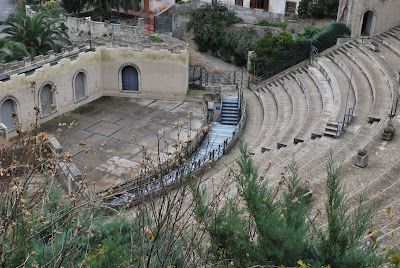 It has an old ruined castle dating back to Norman times which has been turned into a 5 star hotel, there is an outdoor amphitheatre and an old Gothic style church and monastery. It was a cold, overcast day when we went and the town was almost deserted. The monastery courtyard was open and surprisingly unguarded...there was literally no one in site. I kept forgetting that I was in Calabria where tourists are pretty much left to their own devices. Had this been in Rome or some other place there would have been an entrance fee and a watchful eye always monitoring your every move. 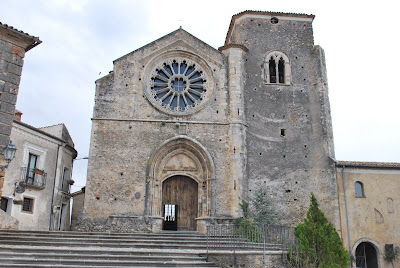 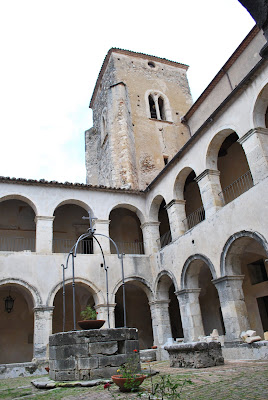 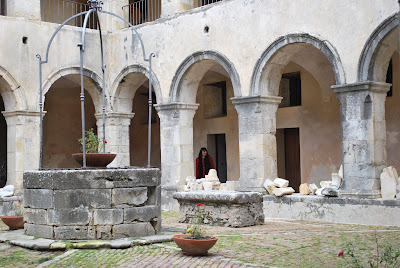 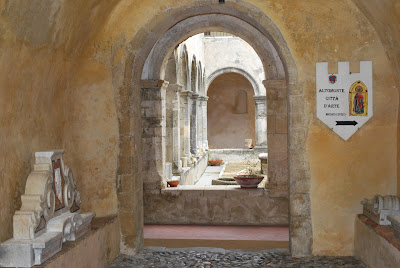 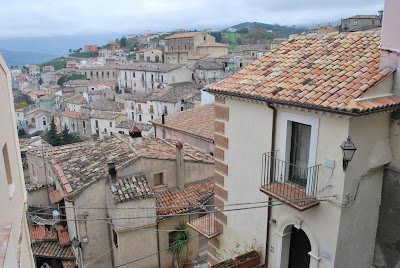 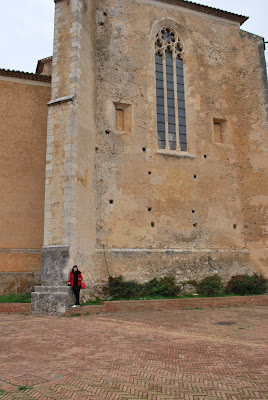 Posted by Leanne was in Italy now in Australia at Friday, January 09, 2009

Thanks for your blog, I enjoy reading it and seeing parts of Calabria. My wife and I are from Melbourne and we spent a week in Tropea in May 08.

Loved the area and wished we had had more time to see more than we did.
Enjoy your stay back "home" while you're here

Hi there,
I am glad you saw Tropea...it really is a beautiful town and the beach is just lovely with the white sand which is unusual for those parts! You'll just have to go back for a visit one of these days to see some other great parts too.

Thanks for posting this interesting post and these beautiful pictures of a place I doubt that I'll ever get to see in person.

Hi,
You must be so excited to be home after two years away- and with internet that works!!!
Sounds like you really got hit with terrible weather during your stay in Malito! Hope you enjoy the warmth at home!
I am really looking forward to hearing more of your impressions of Calabria as you continue blogging! Welcome back!

Hi Gil,
You never know...you may make it over one of these days!

Hi L'Americana,
Thank god the internet works down here in Australia. It is so nice to be back with the hot weather...I gladly left the horrible winter behind.