Photos from the Canary Islands

Photo time again. There is nothing much to say since I last wrote. Bel ragazzo and I did contemplate going 'al natural' at the beach today. We went down to the south of the island and the beaches there are amazing. We had no bathing costumes in the car and wanted to dive into the crystal green sea...but then a big, fat, white and totally hair less woman put us off. Yes...we could see only too well that she was hair less...and sadly not on her head. Going back to the other days post...why of why must some people bare all? 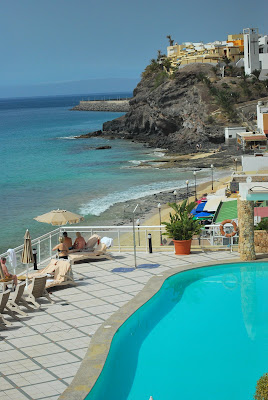 (the colours on this picture have been a little enhanced. I was going for a CSI Miama orange vibe.) 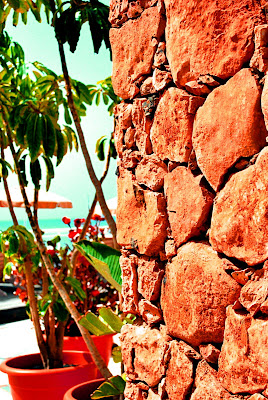 Other then being partially blinded, I did drive bel ragazzo's work car for a while today as I have to get used to driving on 'this side of the road' again. I was ok...a little nervous but I haven't driven on the 'wrong' side of the road since I was living in Portugal last winter so I think I am justified in being a little weary of jumping back behind the wheel. I have to get used to it as I will be driving around a lot in Sorrento when I start work...and no one drives more crazy then the Italians so I have to get my confidence levels up. Bel ragazzo has told me that I have to drive like an Italian as if I keep driving like me (law abiding, a follower of the speed limit, someone who stops at red lights and stop signs) then I will never get anywhere in Italy!

I am leaving the sunny and oh so relaxing Canary Islands on Friday, overnighting at the Madrid airport and catching an early morning flight to Rome. There was not one single flight on the same day to get me to Italy. It was going to have to be overnight at the London Gatwick airport, or Madrid and I thought Madrid is at least closer. I am just going to (try to) sleep at the airport as I am not paying for a hotel since I get in there at 11pm and have to check in at 5am the next day.

Ok so photo time:
El Cotillo is not far from where we are staying in the north of the island. There is a little harbour, spectacular views and it is a popular place for surfers: 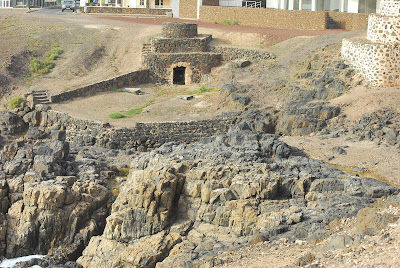 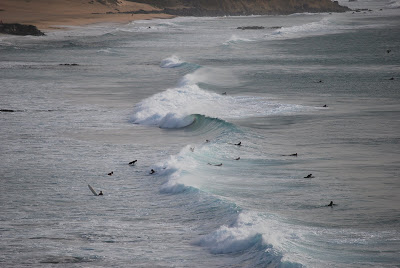 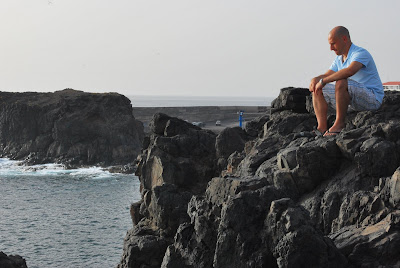 While bel ragazzo works I walk around Corralejo where we are staying and take a million photos. Here are some of my artistic ventures which some are touched up on the computer. 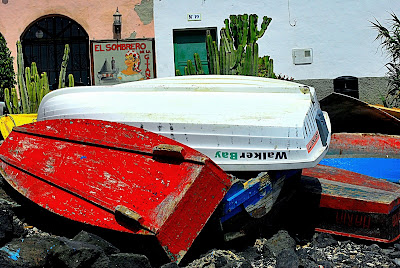 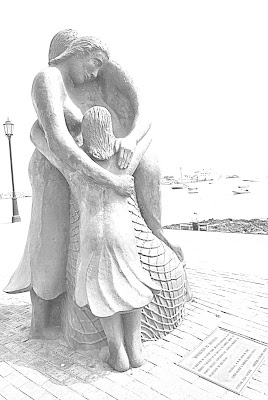 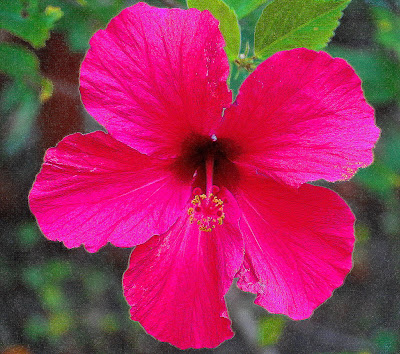 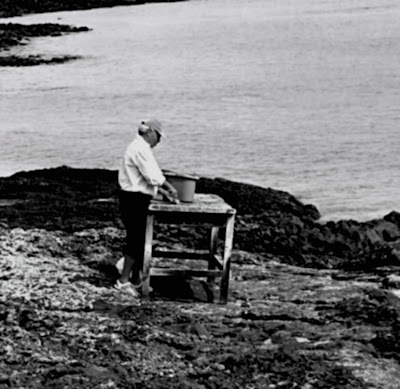 Yes this is bel ragazzo...and no he does not often dress in my clothes. Carnevale has come to Fuerteventura...I think this is the last place in the world since most countries did this weeks ago. Here everyone dresses up...everyone for 10 days. The streets are full with little girls who seem to favour dressing as a Flamenco dancers, little boys as pirates or cowboys and adults as anything and everything. We went to a party and got dressed up. 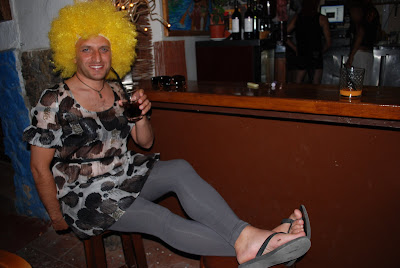 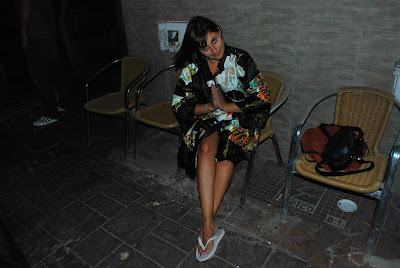 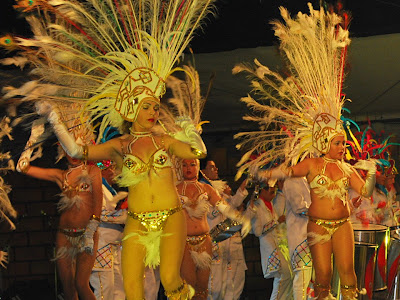 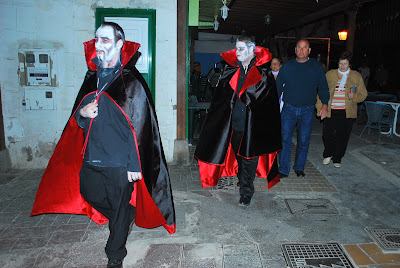 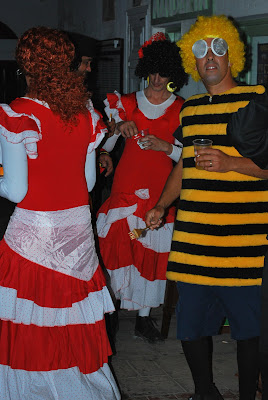 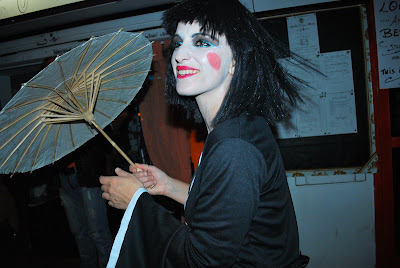 Many, many more photos to come...but they will most probably be posted when I get back to Italy - so until then Adios.
Posted by Leanne was in Italy now in Australia at Wednesday, March 18, 2009

Such pretty photos! I liked the CSI Miami one. :) Now I have to add the Canary Islands to the list of places in the world I'd like to see!

Hi Jennie,
Glad you like the pics. i would add fuerteventura to the list of places to go if i was you too. especially if you want to enjoy a hot winters time.

Are you trying to kill me with those lovely photos? :D The Carnevale must be awsome, looks like great fun! And the picture of bel ragazzo wearing your clothes is priceless! :D

Hi Bc,
The picture of bel ragazzo is the best! His imitation of a girls walk was priceless too!

Hi Laura,
Back in Italy safe and sound albeit a little bit cold!

Hey there, thanks for stopping by my blog! I have started working my way through yours.... You have just moved to Portugal!

wow, the first photo is just so beautiful....my 'to do' list is supposed to be getting shorter but now I think I have a new addition ;)

WHat fun! I have a schoolfriend in Fuertafentura. Anyway, thanks for enquiring about the soaps. Yes, I sell to anybody!! Send me a message when you are in the area we can meet up for a drink. xx

Hi Nancy,
Gosh...if I just moved to Portugal then you have a bit of reading to catch up on!!

Hi Monika,
I know what you mean. My to go list also gets longer when I see pretty photos!

Hi Charlie,
That's great news! I want to buy some and hide them away for Christmas (and also some for myself) so I'll drop you a line when I am in the area and we can meet up!