Leanne in the outback 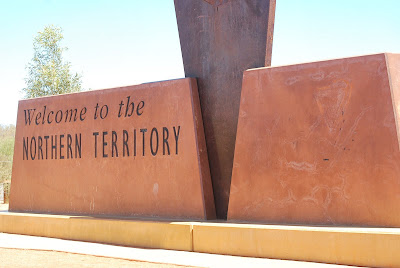 It has been some time since I last posted! All is well and the bel ragazzo and I are still in Australia. We have just come back from an outback adventure into the hot centre of Australia! I know that December with its scorching summer is not the best time to explore the central deserts of Australia...but beggars can't be choosers as they say. 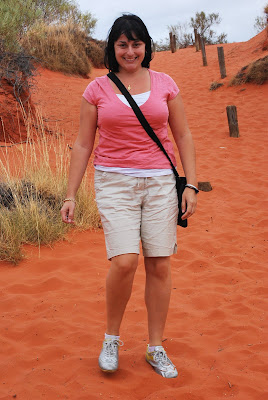 We left Melbourne and caught an early morning 2 1/2 hour flight to Alice Springs which is some 2200 kilometres from Melbourne. 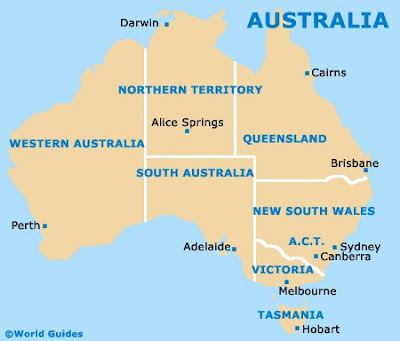 This was my first trip into central Australia and we were very excited! The colours of the desert are amazing. The sand is such a deep, dark red - we've never seen anything like it. 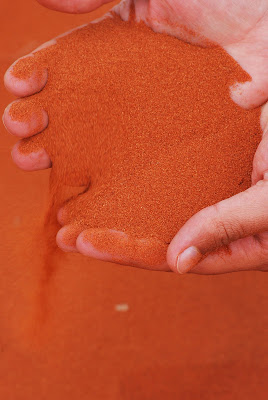 Uluru and Kata Tjuta - which are both rock formations and sacred Aboriginal sites - are in the world heritage national park. The name Kata Tjuta is aboriginal and means 'many heads.' Have a look at the photos and you'll see why. 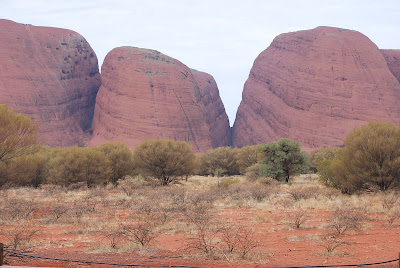 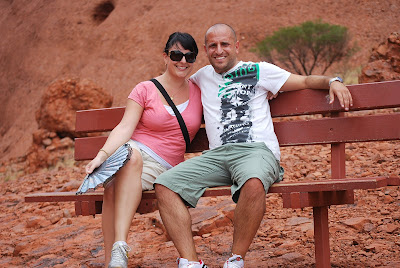 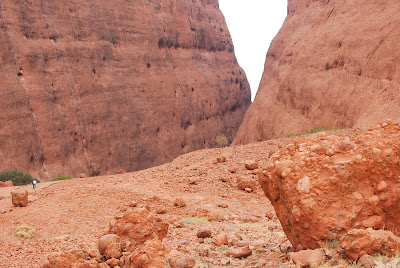 When people think of Australia, they surely think of the big, massive rock smack bang in the centre of the desert. It is an odd site after travelling on the flat, straight roads for hours and then suddenly this giant rock looms up in front of you.
The rock is actually a sandstone formation and stands 348 m (1,142 ft) high (863 m/2,831 ft above sea level) with most of its bulk below the ground, and measures 9.4 km (5.8 mi) in circumference. 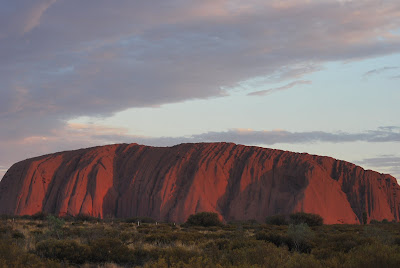 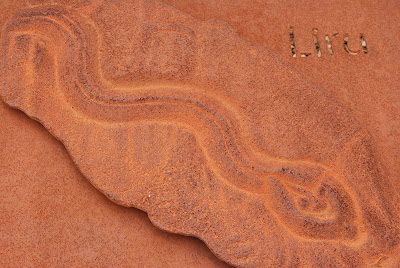 These are some ancient Aboriginal paintings that are on Uluru. 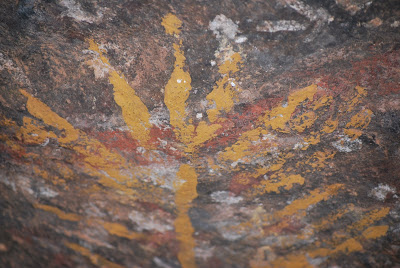 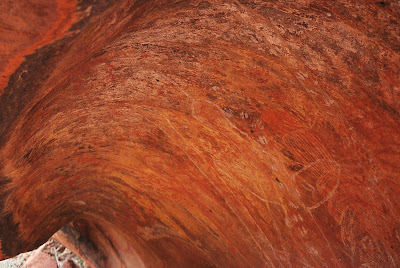 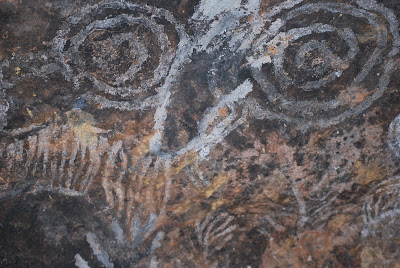 We ended this long day by sipping a glass of champagne as we watched the sunset at Uluru before starting the long drive back to Alice Springs. We did snooze for most of the drive, and only awoke when the bus hit a kangaroo! When the sun sets, the kangaroos come out and when you are in a big bus, speeding along a deserted highway then it is inevitable that you will see kangaroos...and very probable that you will hit one. 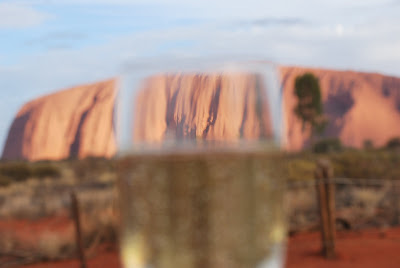 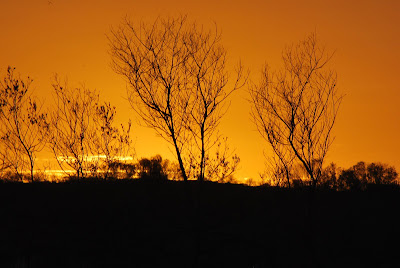 Posted by Leanne was in Italy now in Australia at Wednesday, December 23, 2009

Thanks for teaching me about Australia!

Wow, I can hardly believe those places actually exist! The red sand is simply amazing!

I think you were quite brave to venture into Central Australia at that time of year but it would have been an experience you'll never forget, particularly the heat and flies! My wife and I lived at Yulara over 20 years ago and loved our time there.

Hope you enjoy what time you both have left in Australia and look forward to hearing where you both end up for 2010.

Hi Gil,
Your more then welcome for the Australian lesson!

Hi Bitter Chocolate,
The red sand really was amazing. Never seen anything like it before.

Hi glenda,
My New Years was pretty low key to tell you the truth. Spent the night down by the beach playing cards with the bel ragazzo and my grandparents!

hI Iain-down under,
So you lived in the outback. Do you ever get used to the flies?

The heat was tolerable as it was a 'dry' heat not humid but the flies - you never get used to them.