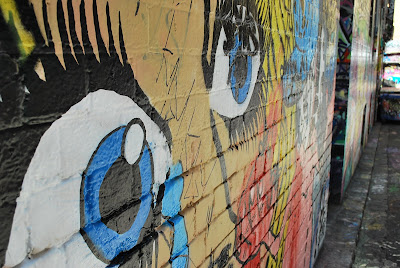 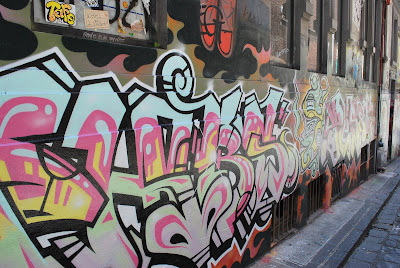 As I was uploading the photos from my camera to the laptop yesterday, I came across some photos of Australia that I had totally forgotten about.

When we were in Melbourne, bel fidanzato said he wanted to go and take some photos in the graffiti filled alleyways. 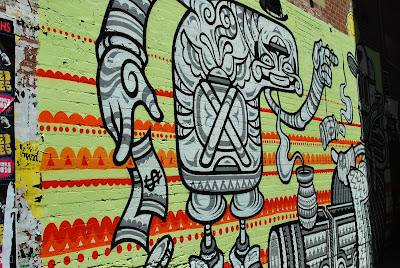 I had no idea what he was talking about and told him that. He explained that he had seen a program on television which showed an alleyway in the city centre, he thought he knew more or less where it was, but said there were many alleyways like this. I, thinking to be an expert on everything, told him that I of all people would know if Melbourne had hidden graffiti ridden alleyways as I had worked in the city for years and had often gone to bars and clubs hidden away in the dingiest of alleys. 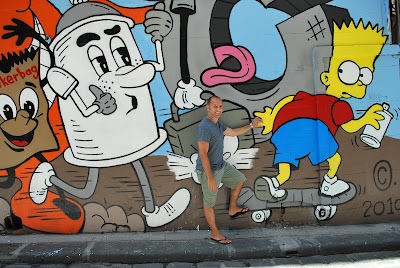 Bel fidanzato was persistent so, one day, armed with the camera, and some water since it was about 35 degrees, we traipsed over to the tourist information. 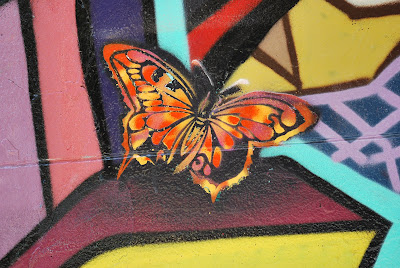 "Excuse me," I whispered, not wanting to make a fool of myself asking about non-existent graffiti alleyways, "but have you heard of an alleyway filled with graffiti?"

"One moment please," said the assistant as she turned her back and walked away (to snicker at me? To tell her colleagues that this Australian with a slightly funny accent was wasting her time...

This is Australia however and if Australians could be summed up in one word, it would be helpful.

"Here you go, this is a map of the city centre with all of the graffiti alleyways marked on them. X here is the most well known and then there is Y and Z too. Have a nice day!"

What the....they had maps just for the graffiti alleyways??? Bel fidanzato started to annoy me with his rendition of 'I know Melbourne better then you routine' but thankfully I found out that I was not an ignorant fool who had walked blindly around my hometown for years...I had been in those alleyways many times, but when I used to go down them there was no graffiti, well not like there is today. 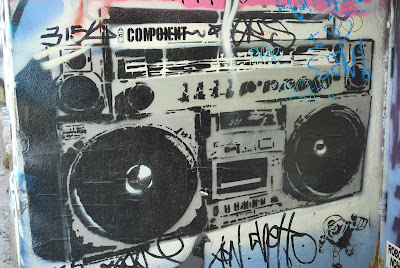 So ha! I told bel fidanzato as I walked off to see the first alley...I cannot be held accountable for not knowing tourist sites of Melbourne that were done after I left the country! 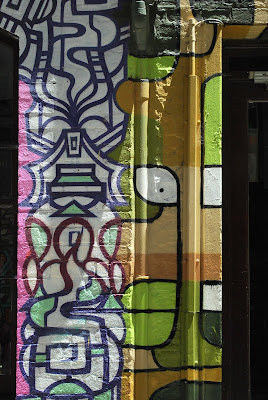 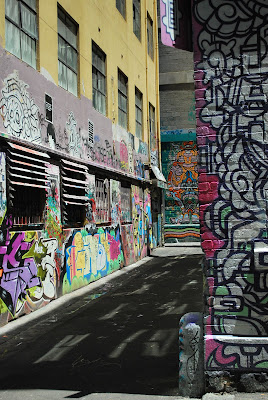 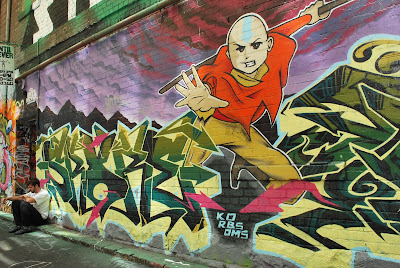 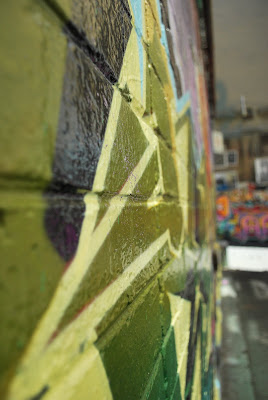 Posted by Leanne was in Italy now in Australia at Saturday, February 13, 2010

I thought Roma was famous for its great graffiti, but these pictures are amazing. Thanks for sharing.

Great to hear from you again and looking forward to more posts from Malito.

I'm embarrased to say that I wasn't aware of the amount of alleys with such street 'art' here in Melbourne. I suppose sometimes living in a place you just don't see all that is around you as being special.

Hi Lindy,
I never knew Melbourne of all places was famous for the street art!

Hi Iain,
So I am not alone in my lack of Melbourne street art knowledge!

grazie for these colourful nsights from Melbourne!colours do make my day:)