Out and about in summer 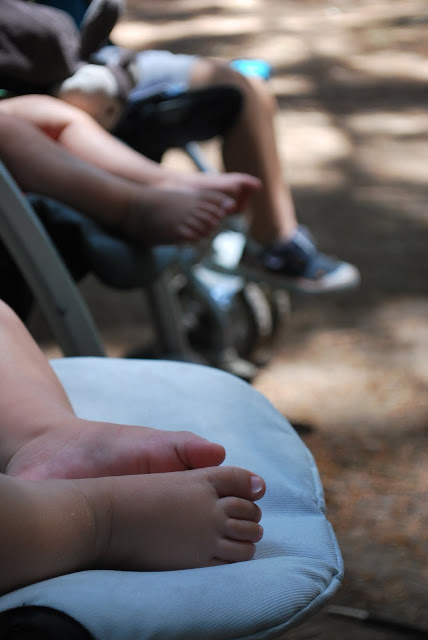 It's been and still is one long, hot summer. After spending 2 nights at our beautiful wedding venue we set off for a 'honeymoon' with my twin sister, her husband, 2 babies and of course our own bel bambino.﻿ As our wedding gift, my twin shouted us 3 nights in Tropea, a lovely seaside town about an hour south from us here in Malito. It was hot, hot, hot in Tropea but we had a good time and bel bambino swam in the sea for the first time. He was a pro and loved splashing his feet around so this summer has seen us going most days to the beach in the early morning or the late afternoons.
It was sad to see my family all slowly leave Italy, we had been spoilt with so much English speaking company and bel bambino got to meet everyone (except my parents) for the first time (since he met them in January when he was born.) It was chaotic having so many people here all at once, but it was great and we look forward to seeing them all in January 2012 when bel bambino, bel marito and I will fly to the other side of the world, not only as a break from the cold Malito winter (it will be summer in Australia) but also to attend my brother's wedding.
Bel bambino will be a seasoned traveller by then, he already has his Italian passport and been out of the country. We are in the process of gathering documents for his Australian citizenship when once obtained I can apply for his Australian passport.
Bel marito and I have been for an overseas holiday every year since being together, some years I think even more than once. We started off by visiting London in I think October or November 2006, shortly after we got together. then in January 2007 we went to Australia, by December 2007 we were in Portugal, February 2008 saw us in Amsterdam then Fuerteventura in March 2009, at the end of that year we went again to Australia in December 2009 (when bel marito proposed) with bel bambino in my tummy we went to Paris in September 2010...and this year, the first year with bel bambino out of my tummy we couldn't break tradition and not go on holiday, so we went to Valencia in Spain. 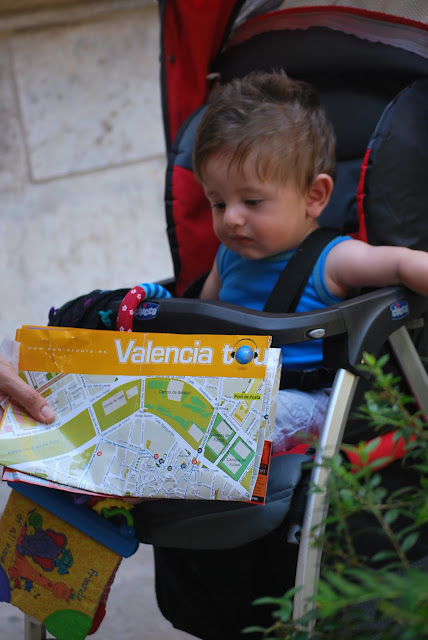 Now I am back at work planning possibly another trip, before Australia, to maybe London for New Years...we'll see.
Posted by Leanne was in Italy now in Australia at Thursday, September 08, 2011

Sounds like a busy summer. I can't believe how big bel bambino is getting! How did you find traveling with a little one? I'm planning on going back to Scotland in January and then we're hoping to make a trip to Australia to visit my sister in the Spring. I will be picking your brains for tips about flying with babies! Hope you're well x x

Hi Sarah Elizabeth,
Bel bambino was very good on the plane, but caught a cold and was sick in Spain! He had a bad cough and blocked nose and couldn't sleep and cried all the time...but on the plane he was good and slept and flirted with the guests. I'll let you know how we go with Australia. If you have questions about babies in Italy or anything then just let me know!

What a handsome little man! I can't believe how fast he ha grown.

What a wonderful summer you have had and more exciting plans to look forward to.