The destruction of Montecassino

Back at the start of season, when it was still lovely, refreshing and cool (rather the sweat box that Sorrento is today) we visited the well known Montecassino Monastery.

The monastery was founded by St Benedict in about 529 and is well known today as the abbey that was built, then destroyed, built again and once more destroyed and so on.

The start of the abbey's destructive history began in about 577 when it was destroyed by the Longobards of Zotone.

It was commissioned to be rebuilt in the 8th century. It was rebuilt in all its original splendour...and some more but only lasted until 883 when the Saracens invaded and burnt the monastery to the ground, not before stealing all the valuables inside.

Slowly the monastery was rebuilt, and the monks (who had been scared off) returned towards the middle of the tenth century. Over the years the abbey was once again filled with beautiful, priceless objects.

The next destruction came in 1349. This time it was Mother Nature who destroyed nearly ever aspect of the monastery bar one or two old walls. That year there was a powerful earthquake that left the monastery in ruins.

Again, slowly the abbey was rebuilt and made ever more beautiful then ever. Do you think that it was stuck down again, or left in one piece this time?

On February 15, 1944, during the final stage of World War II, the unfortunately placed abbey was in the literal middle of two fighting armies. During the war the abbey had become a place of refuge and in an amazing three hours the whole abbey was turned into rubble, not even an old wall was left standing and many poor refugees and monks died.

Once again the abbey was rebuilt - the whole project being financed by the Italian State - and the original, ancient architectural patterns were used. Reconstruction took more than a decade and these are my photos below: 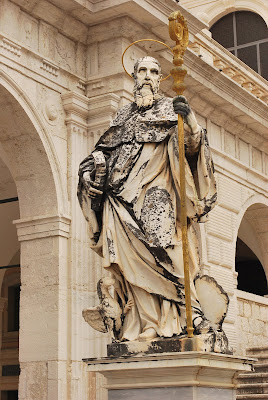 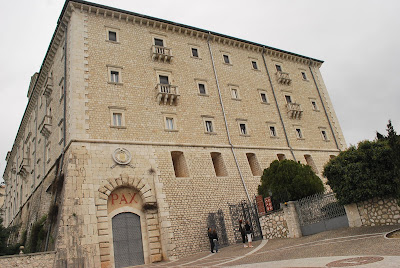 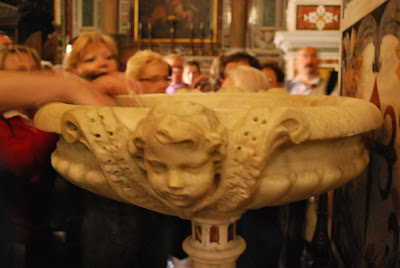 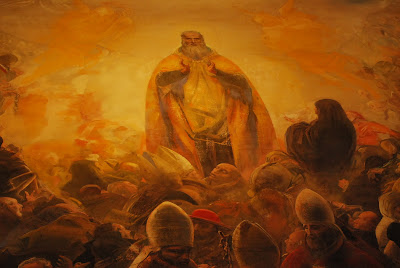 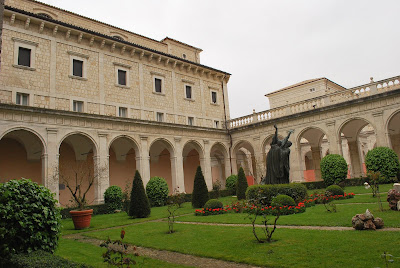 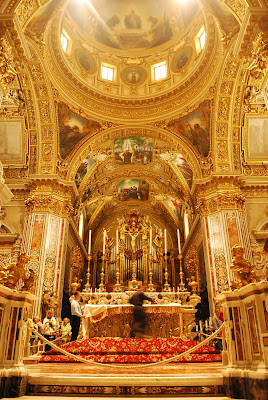 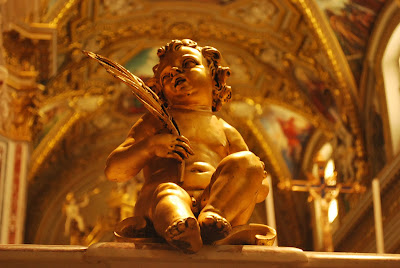 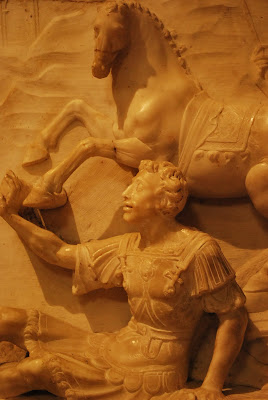 Posted by Leanne was in Italy now in Australia at Tuesday, August 18, 2009

You really did this very holy place plenty of justice. I really enjoyed my visit to Monecassino. Thank you for posting this and all of the other beautiful pictures in your previous post.

your photos are beautiful! I haven't viewed your blog or posted any comments for a while because I was planning my own trip to Roma!

I can't believe you're in Sorrento, I visited 2 weeks ago and fell in love, it is so gorgeous there, and my pictures are not as lovely as yours!

My friends and i are planning to go to Capri for the second time not this weekend but next weekend, but this time by public transport, not on a tour. I hope it won't be too difficult! It's possible to do from Rome in one day, yes?

I also wanted to say thanks for your advice last year, your reassurance gave me the confidence to make the decision to live here for the next 4 months!

Hi Gil,
I'm so glad you like the photos!

Hi rosiejshaw,
You can go to Capri from Rome as part of a day trip but it will be a really long day. Go to the Naples port and get a hydrofoil from there but make sure you are aware of the last one before going as i think it's 7pm and if you miss that then you are going to be stuck on the island!
Also I'm so happy you made it over!