Knock knock - who's there? 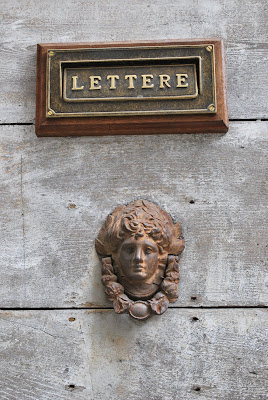 Knock knock, who's there?
It's the postman, that's who and he has a nice, big parcel for you!
Internet shopping is not very popular in Italy and I am beginning to understand why. When living in and out of Australia I often bought things online, on Australian websites - ebay.com.au is one of the main sites I've used multiple times. I've purchased many gifts for my nephew and never had any problems. While living in and out of London I regularly buy things from British sites. Ebay.co.uk has supplied me with many of my bomboniere needs, I have bought loads of English books and appliances from amazon.co.uk, and this is only to mention a few of the more well known sites. I love Internet shopping as I can get what I want without having to bother going out and about searching the shops for it.

I have bought only once from the ebay italian website, mainly because the postage costs less if I buy products being shipped from the UK...yes, another one of those inexplicable things about Italy. The first time I bought something from the Italian ebay site was when I saw a big, electronic, childrens 3 wheeler motorbike which was going to be for the babies first Christmas (which will be December 2011...yes, I like to buy things in advance.) It was so cute and the price was great, I was the highest bidder after watching all the time. So I bought the motorbike and of course it never came. The vendor which had 99% rating before I bought, had dropped down to 60% after the purchase. All the feedback was saying the company was a fraud and to get your money back from paypal ASAP since this fraudster would obviously not even respond to emails or phone calls. I was disappointed as I knew deep down that this bargain was too good to be true. 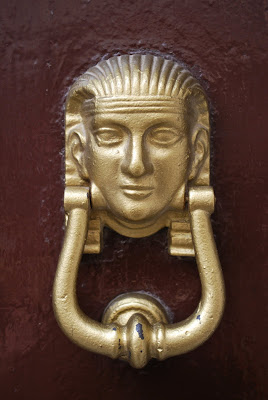 I didn't give loose faith however in internet shopping and wanted to give Italian sites another try (yes, stupid me.) I needed to buy a plastic change mat for baby, one of the larger ones you can attach to the change table. I also needed to buy some maternity pads which for some reason cannot be bought at supermarkets here in Italy (well in Calabria anyway) but only from mother-care shops and select chemists. I searched the internet and decided to buy from the Prenatal site. I chose Prenatal since they had the best prices, but they are also a massive, international company. 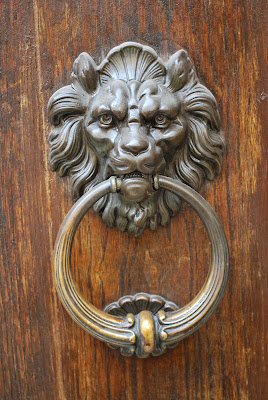 My pack arrived quickly, the items had been on special and the postage was very cheap which came as a shock. The courier delivered it to the door and I was so excited to finally be getting ready for the babies arrival. I opened the box and the change mat was perfect. I reached in the giant box to pull out the maternity pads and they were open. Not a rip as though it had caught on something, but the packet was open. There was meant to be 18 pads in the pack and I only counted 8 at the top. Maybe there were 10 on the bottom row? I opened the packet fully and counted out 17 pads. Someone had sent me an open packet of maternity pads with one pad missing! 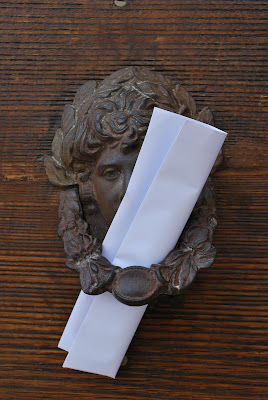 Bel fidanzato helped me write a complaint telling Prenatal that this unacceptable not to mention unhygienic as I have to wear these pads! The pads are not individually wrapped - so who knows what has gotten inside them, dust, dirt....whatever.... But more so, who on earth would steal a maternity pad? Who would put an open packet into a box and send it to someone? I am still waiting for a reply so I'll let you know the outcome...but really - who steals one maternity pad? Really...who?
Posted by Leanne was in Italy now in Australia at Monday, November 08, 2010

Hi! Sorry to hear about your online troubles! I too buy a lot of stuff online and I use www.bimbomarket.it even though I live in France. Never had a problem and they deliver really fast. And I bought the passeggino on a spanish site and saved a small fortune. www.babytrain.es.

Hope you get your money back for the maternity pads!

I must say I have trouble trusting Italian sites although I've never had any experiences like this. If possible I'll buy from UK sites if the postage isn't too high. I think that here they're maybe just slightly behind when it comes to Internet shopping. I came across an Italian site where I could buy things online but I would have had to go to the shop in Rome to collect them - kind of defeats the point!

I also used www.bimbomarket.it when I lived in italy to buy a booster seat, they were quite good and it was delivered to my door. Unfortunately I wouldn't trust the Italian sites unless you know a few people who have actually used them. Stick with the UK sites it's worth paying a little extra knowing you're going to get what you paid for and they are also really good with returns. There's a store that I used to go to in Piano di Sorrento called Acqua e Sapone and I used to get my maternity pads (and babies nappies) there, they were much cheaper than the chemists and you could get a larger quantity but I don't know if that franchise is in Calabria. Good luck.

I'm guessing that sombody spilled a can oc coke in the dispatch room and one of your order was used for mop up purposes. Or it got damaged on the shop floor and found itself placed back into ciruclation via internet sales.

I'm sticking to amazon et al. Have enough consumer nightmares in Italian shops where I can stamp my feet and make a nuisence of myself in person.

Oh dear I feel another Italian saga coming on. Like everyone else I have had mixed experiences.

Hi Astrid,
Thanks for those sites, I'll make sure I look into them!

Hi Sarah Elizabeth,
A shop in Rome that you buy online but have to collect in person! Only in Italy could such a thing exist.

Hi Jone,
I haven't heard of Acqua e Sapone here, but I'll have a look online as maybe they do have a branch in Calabria.

Hi Sarah,
It was probably used to mop up a coke spill, or to be used as a ashtray or something!

Hi LindyLouMac,
I am yet to have a good experience buying from Italian sites...