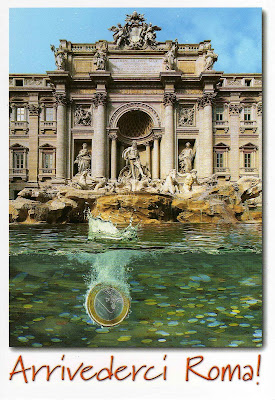 Bel ragazzo has finished picking chestnuts in Calabria and is returning to Rome tomorrow! He is going to be working here for 2 weeks at his old hotel (which happens to be one of the hotels that I work with, and where we happened to meet two years ago.)

Tour guide Leanne is officially hanging up her hat on the 5th of November, and saying 'arrivederci' to Rome. My time working here is nearly (and thankfully) finished. Rome is a beautiful city but my heart was never here...I left a little piece of it behind in Sicily and hopefully (well I am 99% sure) I will be returning to Taormina, Sicily to work next year, this time with the bel ragazzo in tow.

Also when he finishes his 2 weeks in Rome bel ragazzo is returning to Calabria - this time with me in tow. We are leaving Rome, together on the 15th of November...and although you won't be hearing from tour guide Leanne for a while, I imagine you'll be hearing a lot from Contadina Leanne! 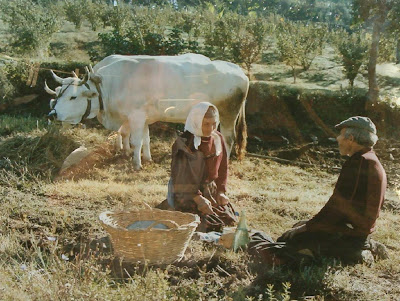 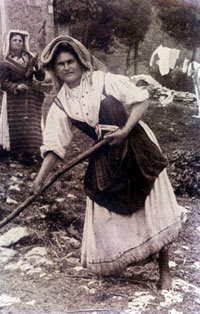 Bel contadino ragazzo has been in Malito for a week or so but it has not been all traipsing around the mountainside for him. No! My Bel contadino ragazzo has been true to his new name and has been working the land around our (one day) house. We are going to be in Malito for 6 weeks or so and have lots of work to do! (I'm not going to spend the whole time being a farmer though...tour guide Leanne has been planning a week in Puglia, and we want to travel around Calabria as much as possible, but I am really looking forward to working on our house.) 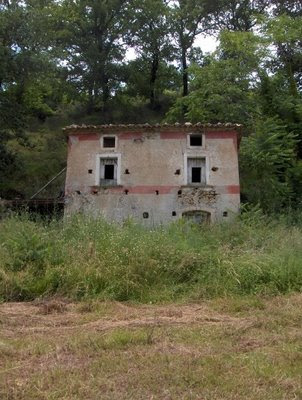 So stay tuned...the countdown is on...only 16 days left in Rome and 7 days left of work. (And no, before you ask I STILL do not know where I am going for the 2nd half of winter. I keep getting told to be patient...hmmm...we'll see where in the world tour guide Leanne is going hopefully very soon.)
Posted by Leanne was in Italy now in Australia at Wednesday, October 29, 2008

very excited for you both. good luck.

Thanks Red! I'm excited too.

Great times for you both! In bocca a lupo!

Woo hoo! all sounds so exciting! Lots of things to forward too!
:-)

Hi Carla,
I know..there are lots of things to look forward to. Cannot wait to have a break for a while!

Cool! I look forward to seeing pics of Puglia and hearing once and for all where your next assignment will be :)

How very romantic regarding Hotel where you met. That's great your heading South again. As you know l to have an infinity with the South:)

Look forward to reading all about it. BTW, l love those pictures.

Ps. Did your sister go to Eros Ramazzotti last night in Melbourne?

Hi Piccola,
I hope to go to my grandparents village in Puglia and then travel for a few days around so there will be lots of lovely pics (I hope!)

Hi Cleo,
So nice to hear from you! You've been missing in action for a while. HA! Meeting at the hotel was funny....bel ragazzo was only meant to work in Rome for a few days, but then I guess fate had other plans for him.

P.S No - my sister did not go to Eros last night. Did you see someone who looked like me? One twin is enough thank you!

P.P.S - Scintilla I have never seen you, but could we perhaps look related? Is it your siter that Cleo saw? Chi lo sa.

Hi Lal,
No worries with those pics of Puglia. I hope to see a nice selection of towns, and Puglia is such a beautiful region that I'll post lots of photos!

Wow, how's that for divine intervention? :) (re: you and regazzo).

No, l didnt see a look-a-like, l was just wandering if she went, it felt as though Italy had moved to Melbourne for the night:)

Ps. It was so great to see Eros and even better that l didnt have to leave Melbourne to do it! You may recall on my blog it was one of my top five experiences l wanted to have. Done and dusted.

congrats!!!! Look forward to reading about your new home.